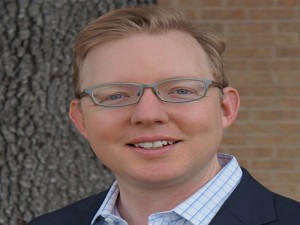 A note from the Editor: In recent months, Factom has made a splash in the Bitcoin community. The goal of the Factom project is to create a “scalable data layer for the blockchain.” Essentially, the team wants to create a blockchain-based data management system that streamlines and simplifies businesses’ record-keeping systems.  Factom has displayed the potential of their project through a proof of concept project that stored the entirity of Project Gutenberg on only four hashes of the blockchain. Bitcoinist’s Sergio Schout was able to interview Peter Kirby, President and CEO of Factom, and discuss the goals of this project.

Also read: Factoids: The Tokens that Drive the Factom Protocol 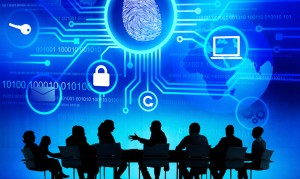 Serge:  Can you tell us a bit about yourself? How did you get involved with Bitcoin?

Peter Kirby:  I started investigating bitcoins at the end of 2012. I bought some and played around in the market a bit. In 2013, I jumped into bitcoin mining and helped build a hardware company. I left to explore blockchain as a technology and we started Factom in September 2014.

Serge:  What is Factom? What makes Factom unique among its competitors?

Peter Kirby:  Factom is a data layer for the blockchain. Instead of moving money (or coins) around the world, Factom makes data unalterable.  Write it once, and it never un-writes.

Unlike competitors, Factom is a blockchain-as-a-service. Accounting software, medical records software, and financial software can all plug directly into Factom with simple API calls. Institutions don’t need to have a wallet, hold bitcoin, or have a stake in any digital tokens to use the software.

Serge:  We’ve read and heard that Factom is going to offer Factoids. Can you explain what factoids are and how they will be used?

Peter Kirby:  Sure. Factoids are software tokens that pay the hardware backbone of the system. They’re an essential component of a decentralized system; if there’s someone in the middle making payments, it’s no longer decentralized. The Factom protocol pays a fixed amount of Factoids to each server daily.

Serge:  Some critics propose that Factom’s plans will inevitably slow down the Blockchain.  At inside Bitcoin NYC you talked about how that wouldn’t be an issue. Can you enlighten us on how that will work? How will you maintain the ability to store data without compromising the Blockchain in any way; for example: compromising transaction speed?

Peter Kirby:  Factom is actually designed to solve the problem of blockchain bloat. Factom puts one very small anchor transaction in each block roughly every 10 minutes. So it will only ever be 1/42,000 of the transaction volume of Bitcoin.

However, Factom is its own data layer, so with that one anchor, it can store and manage thousands and thousands of transactions. This lets us, as an industry, move some of the data storage off of Bitcoin and into a more useful layer.

Serge:  Being the President of Factom, you will have come into contact with problems. What was, according to your experience, the hardest obstacle to overcome in creating Factom?

Peter Kirby:  Blockchain technology is a very new concept, so getting people to wrap their brains around it was a huge challenge. We’ve tried to approach the story from many angles to help it stick and help people get more comfortable with blockchains and what they’re good for.

Now that institutions are becoming more comfortable with blockchain technology, the next path forward is finding really good opportunities to solve problems and create some value for customers. Blockchain technology will be the plumbing of most enterprise software in ten years, but the path there is far from simple.

Serge:  As a CEO in what can be described as one of the most cutting edge innovative sectors, do you have any advice for upcoming CEO’s?

Peter Kirby:  Fintech and blockchains are certainly an exciting opportunity. Most of the legacy financial systems are held together with bubblegum and duct tape and there’s a tremendous need to innovate in this industry.

The best advice I ever got was to be humble and listen a lot. I try hard to fill my world with people who are way smarter than me and listen carefully to their advice and guidance.

The Bitcoinist team would like to thank Peter Kirby for sitting down with us and doing this interview. These are exciting times for Factom and we want to wish him and his company success.

What do you think about Factom? Let us know in the comments below!