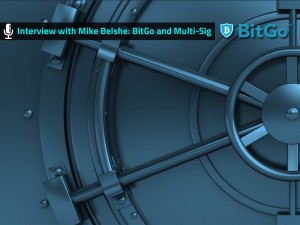 BitGo is a company known for its industry-leading security practices, such as its mult-signature technology. BitGo has made several partnerships due to their reputation of being able to easily secure holdings of Bitcoin, thanks to their technology. I was able to talk to Mike Belshe, the CEO at BitGo, regarding operations at BitGo and their recent announcement about partnering with Bitfinex.

Also Read: Bitfinex and BitGo Partner Up to Offer First Ever Mult-Sig Exchange! 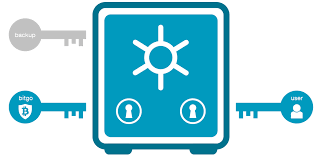 How are things over at BitGo currently?

Things are going great! We are continuing our mission to secure the world’s Bitcoin and seeing significant progress.

How are the partnerships between TradeBlock as well as E-Coin going?

All reports are that customers are enjoying the  enhanced feature set, and most importantly, both operations have remained completely secure.

Can you tell us a little bit more about what you and Bitfinex are trying to accomplish in your recent announcement?

The Bitfinex launch represents the arrival of a new generation of bitcoin exchanges.  Prior to this event, users were required to trust that the exchange could safely store coins in pooled wallets.  Today, users can see their Bitfinex bitcoin balances stored separately but directly on the blockchain.  This is great for security because there is no longer a single, large shared wallet, but it is also great because it provides a level of transparency to the user – you can see your own coins directly on the public ledger.

Bitfinex is the first major exchange to move to the segregated funds model.

Transparency is accomplished by storing customer funds in separate, verifiable, on-blockchain addresses.  Users do not need to trust that a large pool (like what was used with Mt Gox), has sufficient bitcoins for all depositors.

The use of this model, where each customer has a separate set of keys and wallets, allows for a much greater level of granularity at which and multi-institutional security can be provided. Whilst in the past BitGo would have to treat a pooled wallet as a single unit, per-customer policies can now be enforced. Further, it will now be possible for BitGo to perform OTP directly for the customer, enforcing multi-institutional second factor authentication (Bitfinex will be the first factor and BitGo the second factor), requiring attackers to compromise both institutions before getting funds.

Many people are concerned about Bitfinex due to the recent hack on their wallet. While it was only a small percentage of funds as most funds are in cold storage, some people are still shaken. How will BitGo help tighten security to prevent this in the future?

BitGo has been working with Bitfinex for quite some time on this project. Due to the complex nature of segregated wallets and the settlement process, a substantial amount of clearing and policy logic had to be implemented by both entities.

How has the transition from Will O’ Brien to you as being the CEO altered or changed the company?

No real changes. BitGo is still focused on securing the world’s Bitcoins.

Thanks for your time Mike.

Are you use a customer of BitGo? Do you use multi-signature technology? Let us know in the comments below!