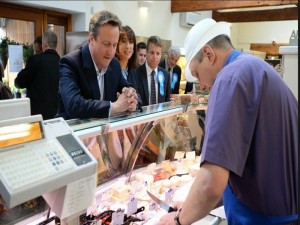 Though the United Kingdom plays a definitive role in the growth of FinTech industry, which is now worth £20 billion in annual revenues to the UK, employs 135,000 people, and attracted 42% of all European FinTech investment in 2014, Prime Minister David Cameron is not satisfied. Thus, Cameron, has welcomed FinTech 2020, which aims to make the UK the premier location for at least 25 global FinTech leaders, whether by IPO, global market share or by valuation.

“This government wants the UK to be the leading FinTech centre in the world; that’s why, at the Summer Budget, we appointed a Special Envoy for this fast growing sector. I’m pleased that Innovate Finance’s manifesto has set such ambitious goals including the creation of 100,000 jobs. This will ensure we are a world leader in the development of financial services technologies.” 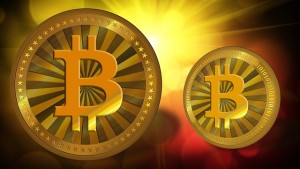 Over the decades, the UK — particularly London — has attracted financial technology companies. A research report from Accenture shows the UK leading the way in Europe for FinTech investment, getting 42% of all European FinTech investment in 2014. Investment in the country grew 136% in 2014, from $264m in 2013 to $623m. However, Silicon Valley still dominates the sector, its FinTech investment sitting at over $2bn — versus a European total of $1.48bn.

With FinTech 2020, the UK is aiming to challenge the status quo and attract a large number of financial technology companies to the country. Cameron is sincere about this vision; the first move is to lead a trade mission to South East Asia this week that highlights the importance of FinTech both to the country and the global economy. Cameron is travelling with 31 business leaders from across the UK and includes a significant delegation of Fintech firms, including Al Lukies and Innovate Finance member firms Ratesetter, and iwoca.

The official release shows that with “Innovate Finance,” the UK aims to advance the country’s standing as a leader in financial technology innovation both domestically and abroad. The group comprises of members from the world’s leading global corporations and the UK’s most promising FinTech start-ups, who through Innovate Finance, receive a single point of access to policymakers, regulators, investors, customers, educators, talent and key commercial partners.

There are more than 120 members from across the FinTech ecosystem in ‘Innovate Finance’ who are going to address some of the key issues affecting the growth of the sector. They will suggest how to attracting greater inward investment to helping shape the development of proportionate and effective regulation, whilst continuing to champion a truly democratic and inclusive financial services industry.

A number of ways are being suggested to attract investments in financial technology in the UK; for instance, incentivize greater investment into UK FinTech through an improved tax and regulatory environment is one of them. Additionally, facilitating greater collaboration internationally through foreign FinTech trade missions, and showcasing the breadth of FinTech talent across the UK from London to Leeds, Edinburgh, Manchester and beyond are some other ways to realize the goal set by FinTech 2020 possible.

Is FinTech 2020 an Opportunity for Bitcoin?

This is difficult to answer; however, UK policymakers are more than willing to facilitate Bitcoin and cryptocurrency companies in starting their operations in London. They are wooing the burgeoning Bitcoin industry with new offers, and FinTech 2020 can be one such offer. Early in 2014, in a speech at London’s Canary Wharf in the east of London, UK Finance Minister George Osborne said the government had begun exploring the potential of virtual currencies and digital money, such as Bitcoin.

“These alternative payment systems are popular because they are quick, cheap, and convenient – and I want to see whether we can make more use of them for the benefit of the U.K. economy and British consumers. I also want to be alert to the risks that accompany any new technology. With the right backing from the government, I believe we can make London the Fintech capital of the world.

Following what is happening in the UK and now with FinTech 2020, it appears as if the government is willing to facilitate cryptocurrencies, as it again is part of the solution that it is looking for.

Is bringing FinTech 2020 to London a good idea? Let us know in the comments below!

The post FinTech 2020 Aims to Make UK a Hub for Financial Innovation appeared first on Bitcoinist.com.