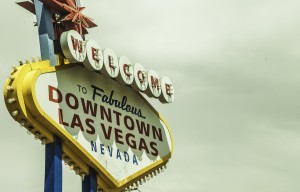 The Bitcoin Investor conference has started at the premier Bitcoin accepting hotel in downtown Las Vegas – The D – following a strong presence for the bleeding edge technology at fintech conference Money 20/20. Just years ago, not even Satoshi Nakamoto or Nick Szabo (the creator of smart contracts), would have imagined that things would be moving forward on such a fast time scale.The event will run through October 29th and 30th and will feature many prominent Bitcoin companies and speakers. The D accepts Bitcoin for hotel bookings and even at their gift store. That’s right, you can buy alcohol with Bitcoin and it’s not a problem. Started by Steven Michaels, the event’s twitter handle is @Bitcoin_Up, which is very poignant given the recent double digit percentage rise in the Bitcoin price. Bitcoinist is proud to bring live coverage from the event so follow along at @Bitcoinist.

Having the conference following the fintech conference Money20/20 has allowed the Bitcoin Investor conference to capture some overflow from the increasingly Blockchain-hungry bankers, as well as some very powerful speakers. Some of the Bitcoin investors that will be speaking at the event include Chris Odom, Daniel Krawisz, Joseph VaughnPerling, Justin Newton, Michael Terpin, Paul Puey, Paul Rosenberg, Peter Earle, Steven Michaels, Bitcoin Belle, Tone Vays, Trace Mayer, Stephanie Murphy, PhD, Dr. Brian Sovryn, and many more.

A special guest speaker has planned to present at the conference and is sure to generate a lot of buzz. Investors in the Bitcoin space have been chomping at the bit, pardon the pun, for fresh opportunities. Bitcoin’s blockchain technology is seeing fresh new attention from banking giants and credit card behemoths. The world’s financial institutions, like NASDAQ and Barclays, are now using it openly.

Images from Bitcoin Investor and Pixabay.