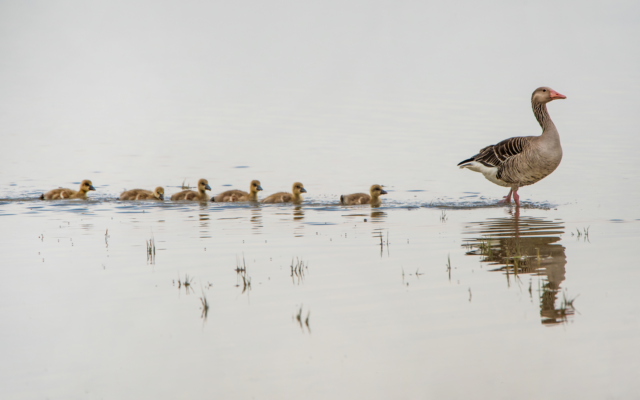 The Bitcoin daily transaction volume is now at its highest level since January 2018 showing increased on-chain economic activity. Meanwhile, transaction count and average blocksize on the network continue to move in the same upward direction, proof that the 1MB blocksize limit is well and truly a thing of the past in the post-SegWit Bitcoin era.

Bitcoin On-Chain Transactions on the Rise

Data from Blockchain.com shows that daily Bitcoin on-chain transaction volume has risen to 452,646. This figure corresponds to the highest transaction count since January 2018. 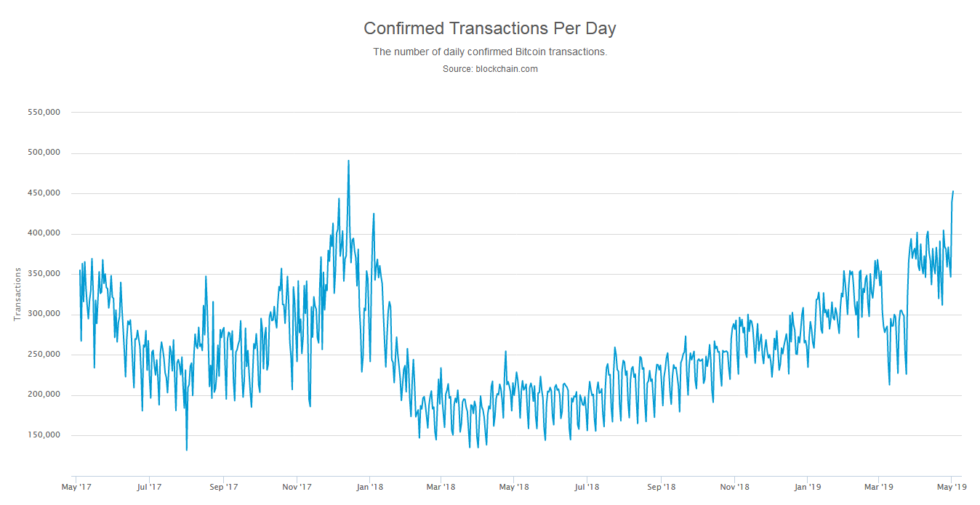 This current network activity is also the second highest in the history of the Bitcoin network. The last time the network processed more than 450,000 on-chain transactions, the BTC price was still north of $10,000.

Despite falling below 300,000 transactions per day for a few weeks in May, Bitcoin’s economic activity has been on the rise since the start of the year. Even during the extended bear run of 2018, the network continued to record above 300,000 transactions.

Several experts say the improving network fundamentals point to another significant bull rally for the top-ranked cryptocurrency. As previously reported by Bitcoinist, the network hash rate is also reaching new heights which signals an increase in computational resources being expended on the blockchain. 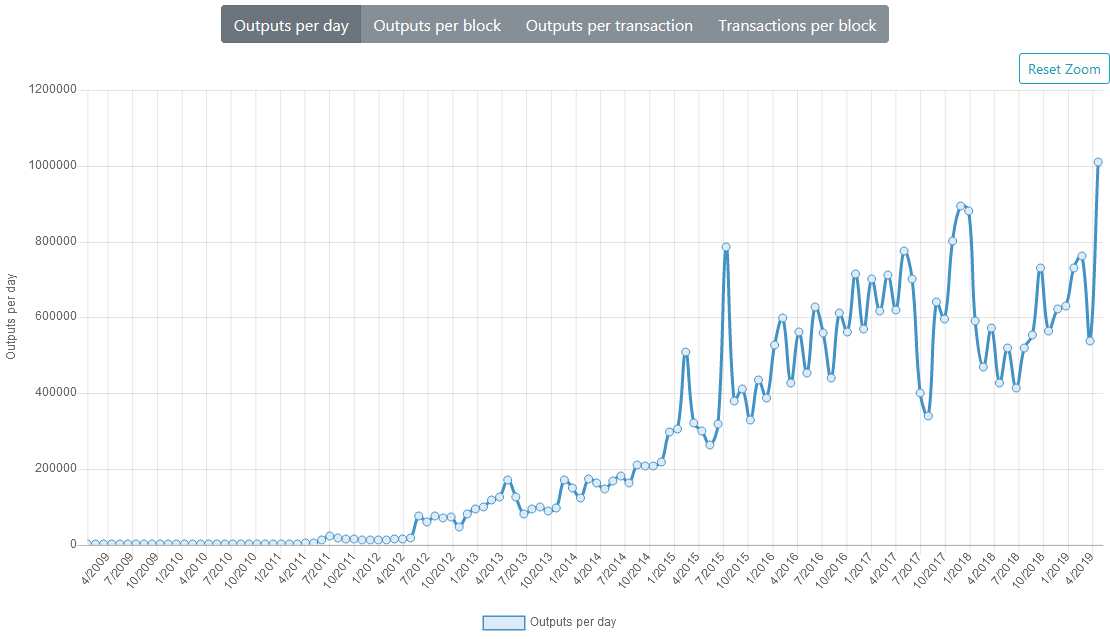 Data from Outputs.today show Bitcoin’s outputs per day at 1,011,024 which corresponds to about 2.62 outputs per transaction. Bitcoin’s current output level is more than 30 percent higher than it was during the bull phase of late 2017.

With the prevalence of transaction batching by large exchange platforms, the days of four or five outputs per transaction are seemingly a thing of the past. The emergence of SegWit is also causing larger blocksizes to become more popular on the blockchain.

Data from Transactionfee.info shows the average blocksize at the 1.15MB. As previously reported by Bitcoinist, even blocks larger than 2MB are also becoming quite common.

With these improving technical fundamentals and the current price rally comes the expectation of Bitcoin recovering a significant portion of its 2018 losses. As reported by Bitcoinist on Friday, stock-to-flow models show Bitcoin surpassing $10,000 by the time of the next halving in 2020.

With price and network fundamentals moving in the same upward trajectory, do you think Bitcoin will reach another all-time high in this bull cycle? Let us know your thoughts in the comments below.