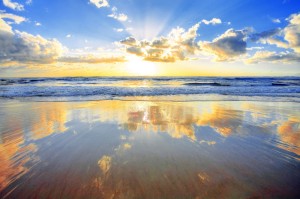 On October 6, Gavin Andresen, Chief Scientist at Bitcoin Foundation proposed a roadmap for overcoming challenges to scaling Bitcoin. Andresen suggests rolling out a hard fork that increases the maximum block size limit to enable Visa scale transaction volumes of about 3,000 transactions per second. The maximum block size is currently hardcoded at 1MB enabling 7 transactions per second, and if increased would have to be carefully chosen so that anybody with a reasonably fast computer and internet connection can run a full node else we introduce a barrier to entry and centralize the network (as was introduced in the BTCSim studies conducted by Conformal Systems.)

Running the Bitcoin core reference implementation for the first time requires downloading 20+ GB of data, and takes hours to days. Andresen hints at solutions coming within the next three releases of Bitcoin core. The solutions will enable setting up a fully-validating node in about an hour.

In 2010, Satoshi dropped the maximum block size limit from infinity to 1 MB because bitcoin was getting attention, price was rising, and denial-of-service attacks were a threat. The practical limit for block size is 32 MB because that is the maximum size of a message in the p2p protocol utilized by Bitcoin. The block size was initially uncapped and the limit is intended to rise as needed by the network.

“Because Satoshi Said So isn’t a valid reason…I think the maximum block size must be increased for the same reason the limit of 21 million bitcoins must NEVER be increased: because people were told that the system would scale up to handle lots of transactions, just as they were told that there will only ever be 21 million bitcoins,” says Andresen.

Andresen is cognizant of the possibility that the development of Bitcoin may steer from the proposed roadmap, but he still believes that the future looks bright for Bitcoin.