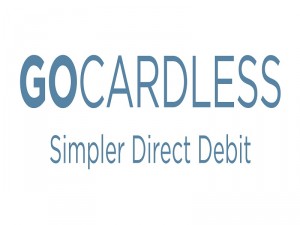 The world of finance is buzzing with all kinds of new payment technologies that are trying to capture the attention of everyday consumers. With multiple countries around the world slowly evolving to a cashless society, banks will exert even more financial control over our daily lives. Unless a drastic new payment system rears its head, that is. Will it be digital currency? It very well may be, but there will be some stiff competition to say the least. 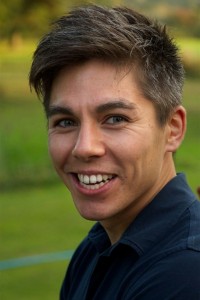 If you take a closer look at the current financial ecosystem, you may find some fundamental flaws. The current ecosystem inaccessible for the everyday consumer — even if it were, we wouldn’t be able to make much sense of it all. Banks, financial organizations, creditors, debts, and bonds, everything has become linked together in a very weird way, making it impossible for us to navigate the waters.

That is perhaps the most important flaw of all: every aspect of the financial world has become so difficult to understand and nearly impossible to untangle. Because central banks can keep printing money as they see fit, there seems to be very little to no logic at all in the financial infrastructure.

To make matters even worse, the financial world has seen next to no innovation in the past 50 years. Our society has gone through several evolutionary steps, yet the way we use finances has remained stationary. That lack of innovation has shown itself during the recent government bailouts, which made no difference in the end, as the economic crisis keeps trucking on around the world.

That being said, a fresh wind is blowing through the world of FinTech (Financial Technology) in recent years. Several companies and entrepreneurs are coming up with creative and innovative ways to turn the current financial infrastructure into something “worthy of its time.” A global payments network could be well within our grasp if GoCardless CEO Hiroki Takeuchi has a say in the matter. 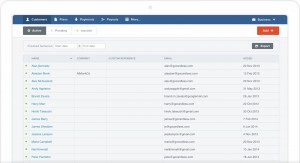 The ideology of GoCardless — founded in 2011 — is rather simple: creating a new global payments network for the internet by simplifying the process of collecting direct debit payments. This London-based company is not an unknown party in the FinTech world, having Balderton Capital, Y Combinator, and Accel Partners among their backers.

Since 2011, GoCardless has quickly become a leading UK direct debit provider, amassing a clientele of over 10,000 retailers and businesses. Such a large customer base results in the processing of a total net value of 500 million GBP worth of transactions year over year. It goes without saying the UK is one key market gravitating towards cashless transactions.

“If you think about what is driving a lot of FinTech businesses forward it is exactly that. It’s giving people a really great experience where the banks have been typically giving poor experiences. The principles of consumer technology have been honed over the last five or ten years on products like Instagram, Facebook and Twitter, and applying those principles to something “a little bit less sexy.”

To make GoCardless a global entity, the team has a set plan in place. Combining direct debit mechanisms from all over the world will be the first major hurdle to tackle, as these systems are not set up to integrate smoothly with one another. However, GoCardless will allow these direct debit mechanisms to “bypass” differences between countries to create an “elegant and coherent network.”

The next evolutionary step for GoCardless’ global direct debit network will be the rollout of improved infrastructures on top of the existing framework. In doing so, the company 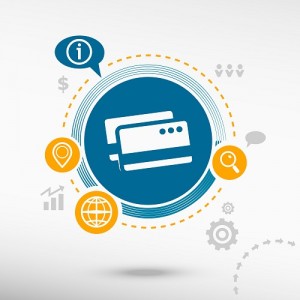 wants to allow anyone in the world to get paid faster, regardless of whether their employer resides in the same country as they do.

“One area of interest to be disaggregated is the bank account itself. Because that’s where people store their value. That’s what will determine a lot about financial services in the long run because at the end of the day, a lot of financial services companies are about how you move value in and out of people’s primary store. It’s almost like the banks own the current accounts.”

Bitcoin One Step Ahead of the Competition

As interesting as the idea of creating a global direct debit payment network sounds, Bitcoin has been offering the same type of functionality for quite some time. By using Bitcoin as a payment method, people have been able to settle their bills in mere seconds, and receive the “debit” payment — in fiat currency — within 1 business day or less.

On top of that, Bitcoin works across borders and does not discriminate based on location, ethnicity or governmental regulations. Bitcoin is a digital currency by the people, for the people, which allows every individual to take back financial control. And just like technological advancements in the FinTech sector, Bitcoin will need time to gain mainstream traction. But it is on the radar of quite a lot of people already, both inside and outside of the financial sector.

Regardless of what the future might bring, the financial sector will be evolving one way or another. There is no denying that things need to be shaken up dramatically,and rather sooner than later. We can only hope that, whether changes may come, it will be for the betterment of all people around the globe, and not just a select few.

What are your thoughts on GoCardless and their plan to create a global direct debit payment network? Let us know in the comments below!