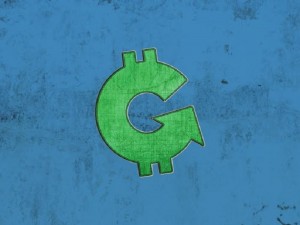 Grantcoin is a cryptocurrency project aimed at global philanthropy and “economic justice” through the use of currency. This unique project has recently made history in the cryptocurrency world by becoming the first of its kind to achieve 501(c)(3) tax-exempt charity status in the United States.

Launched in Spring of 2015, Grantcoin has taken on the ambitious task of raising cryptocurrency awareness and adoption through charitable giving. This project’s philosophy is that people will be more interested in adopting a new currency if they know it serves a human purpose — such as charity — rather than acting solely as a financial instrument. Grantcoin believes that this feature gives its currency an advantage over Bitcoin and other competitors in the crypto-space, which they claim offer financial tools but no real goals to improve society from a social aspect.

Upon the creation of Grantcoin, its founders gave the Grantcoin Foundation a “founding gift” of 10 billion Grantcoin. This gift makes up “over 99.5% of all Grantcoin that has ever been created.” According to Grantcoin, the rest of the supply will be created through mining as a way to “reward users for maintaining the Grantcoin public ledger.”

According to Grantcoin, these objectives include:

A fair global distribution, sustainable development and revitalization of local economies, philanthropic support for charities and NGOs focused on sustainability and human wellbeing, empowering good people and organizations with an early-adopter stake in a new currency system designed to create a values-based transfer of wealth, incentives for user adoption and volunteer participation, and funding for ongoing development and promotion of the project.

80% of this reserve will be distributed through charitable grants aimed at creating “a more humane and sustainable world.” Portions “will be distributed in each nation and community proportionally to its population, to help shift the economy towards a more fair distribution of wealth as the currency gains users and value.

Once this reserve is fully distributed, the Grantcoin Foundation says that coins will continue to be given out as “grants to sustainable businesses and nonprofit organizations around the world.” The Foundation plans to achieve this goal of further distribution by enacting “a low and stable annual inflation rate, to encourage sustainable economic growth.”

Of course, in order for Grantcoin to actually be useful, it must have some exchange value first. Grantcoin has addressed this issue by drafting a value proposition plan, which gives a basic outline of how the organization expects its cryptocurrency to gain value:

Grantcoin will gain value based on four factors:

All of these factors will work synergistically to create a network effect of growing participation in the Grantcoin ecosystem, which through the free market should cause the value of Grantcoin to rise. 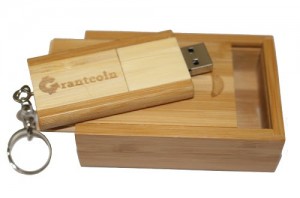 To celebrate its recognition as a tax-exempt charity organization, Grantcoin is launching two new programs. GrantDrives is the first program, and it involves “Grantcoin-branded bamboo flash drives. . .containing a Grantcoin starter kit for donors. The starter kit includes wallet software, coins to get users started, and instructions on how to use the GrantDrive. You can get one of these kits by donating to the Grantcoin Foundation.

Secondly, Grantcoin is launching the Cascading Philanthropy program. In the program, the Grantcoin Foundation will put up “matching grants for donors, to the charity of your choice.” These donations will be in the form of Grantcoin given in an amount that has an “equivalent monetary value of your tax-deductible donation.” Additionally these organizations will get a profile on GrantMarket, an upcoming website where people can send Grantcoin “microdonations” to “charities, artists, and other worthy recipients” featured on the site.

Bitcoinist got the chance to sit down with Brandon Venetta, Co-Founder and Director of Networking at the Grantcoin Foundation. Brandon answered questions about Grantcoin’s overall goals, the cryptocurrency’s value proposition, and more short-term plans aimed at 2016.

Just to give our readers some background, what is the main goal of Grantcoin and how do you aim to achieve it?

Grantcoin is creating a global alternative monetary system based on fair distribution of wealth and incentivizing social good. We will achieve this goal by granting the currency to a wide variety of worthy recipients, including sustainable businesses that accept Grantcoin, charities and nonprofit organizations, artists and creative workers, local communities and users around the world.

What is Grantcoin’s most notable achievement thus far?

Grantcoin has become the first cryptocurrency to be managed and distributed by a 501(c)(3) tax-exempt charity in the United States. This is a big deal because it’s a fusion of blockchain technology with organized philanthropy. The Grantcoin Foundation has laid the groundwork and attained U.S. government recognition for a unique new vision of how money can work — the charitable alternative to Bitcoin.

How will your non-profit status help you in reaching your goals?

What advantages does Grantcoin offer over Bitcoin?

Bitcoin is not designed to help solve the major economic problems in the world today, such as the extreme, ever-worsening inequality of wealth, and the financial incentive to put profit above social goods such as environmental protection and human well-being. Grantcoin is using cryptocurrency technology to try to make a positive impact on these problems, by building solutions into a new monetary system.

Grantcoin’s business plan contains a section on the coin’s value proposition, but the methods for bringing value to Grantcoin seem a little vague. Could you give us some specific details about how Grantcoin will gain value through the methods laid out in your business plan?

Bitcoin gained value because a lot of people decided to believe in it and buy it. Ultimately that’s how any currency gains value. The specific techniques of marketing and persuasion to try to achieve this are different for each currency, obviously, based on its philosophy and goals. In the case of Grantcoin, we believe that a large percentage of the population — a much larger percentage than are attracted to Bitcoin, actually — may be inclined to see value in the concept of a currency based on economic justice and social good. The details of reaching such people are through grant programs that encourage adoption by various demographics and types of organizations. We will have specific grant programs that incentivize adoption and use of Grantcoin by individuals, businesses, and charities. These programs will be rolled out to the public over the course of 2016. Some of them have already been presented in our documentation and website, but the details will be fleshed out when they are launched. Others have only been hinted at and may come as somewhat of a surprise when they are revealed.

Your website states that over 99% of all Grantcoins are owned by the Grantcoin foundation, and that it will decide who receives grants from the organization. Should the cryptocurrency community be concerned about this coin’s centralized control?

It was never our vision for the Grantcoin Foundation to control all the distribution of the currency, except to set the general guidelines, criteria, and programs through which the distribution will occur. For example, recently we launched a program called Cascading Philanthropy, in which anyone who donates to our organization can designate a charity of their choice to receive a matching grant of Grantcoin, which will come from the Grantcoin Foundation Reserve. So in this case we’re decentralizing the distribution of Grantcoin according to the choices of individual supporters. In another example, we’ve set aside 40% of the total coins held in reserve for Grantcoin users in each nation, local community, or region of the world, to distribute to recipients in their specific geographical areas. The Grantcoin Foundation will not be micromanaging that distribution, but we will make sure that it’s done in a way that fits with the overall vision and mission of Grantcoin. The same principle will apply to most of our other grant programs. We think Grantcoin’s plan strikes the right balance between a consistent philosophy of how the money supply should be distributed and a decentralized methodology, which is what we’ll be striving for.

What would you say to someone who is skeptical about Grantcoin?

Grantcoin is a cryptocurrency that you can tell ordinary people about and give them hope about how cryptocurrency can make the world a better place. Bitcoin and nearly all other altcoins do not enjoy this advantage. The ability to appeal to the average person matters more than anything else, to achieve mainstream adoption. The average person wants to be charitable and our economy is desperate for a more ethical financial system. That is what Grantcoin is determined to do.

2016 will be a pivotal year for Grantcoin. In January we will launch GrantMarket, a website where users can make microdonations to charities and nonprofits, artists and musicians, and other worthy recipients using Grantcoin. In February or March we will launch a new grant program that we believe will place Grantcoin among the leading cryptocurrencies in terms of viral word-of-mouth marketing and potential for mass adoption. Also, the founder of Grantcoin is writing a book about the history of money and how the blockchain movement, and Grantcoin specifically, can solve some of the biggest problems of our time. When that book is published, he will go on tour to promote it, if the Grantcoin Foundation can raise the money. In summary, we have big plans for Grantcoin in 2016, and we invite you to join us as a donor, investor, or volunteer!

What do you think about Grantcoin’s designation as a tax-exempt charity? Let us know in the comments below!