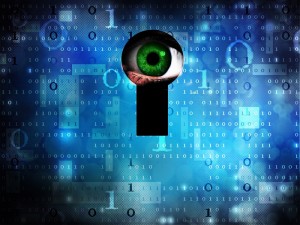 A few weeks ago, lots of information regarding Hacking Team and their software was leaked on the internet after the collective got hacked themselves. It was only a matter of time until the floodgates were opened in terms of versions of these pieces of software appearing all around the world. Android users need to beware, as advanced spyware for this mobile OS is now publicly available.

Also read: Installing Spyware With Drones Could Lead to Linking People To a Bitcoin Address 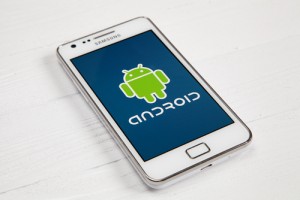 Hacking Team’s malware suite for the Android operating system offers many tricks for people with malicious intentions. Not only is it possible to infect Android devices regardless of which version of OS they are running, but it appears as if not one single form of information is safe from harm.

RCSAndroid is the name of the game, which stands for “Remote Control System for Android”. Granted, the positive aspect of this software comes in the form of real-time and real-world surveillance capabilities, which could give Google a ton of invaluable information regarding malware attacks made against the Android operating system.

That being said, there a gloomier purpose for such spyware on the Android operating system as well. Regardless of someone’s “hacking skills”, they will have access to all of the raw materials needed to deploy this surveillance suite for malicious intentions. And those intentions can go from curiosity to identity theft, credit card fraud and anything else you can imagine.

It goes without saying that RCSAndroid is a very versatile, and possibly one of the most sophisticated pieces of code written for the Android operating system to date. Lots of hours of professional-level coding have gone into this project, and even though this platform offers some major advantages for Google, it can also be wielded as a weaponized resource to monitor unsuspecting users.

RCSAndroid’s capabilities are far more severe than most people anticipated at first. Recording conversations using the microphone and snooping through text messages is one thing. But RCSAndroid can also collect passwords for WiFi networks and online accounts, capture photos with either camera on the device, and monitor content copied to the clipboard.

Needless to say, RCSAndroid is a major security risk to any Android user out there. Considering how Android is the leading mobile operating system around the globe, the consequences could be quite dire. But what about Bitcoin users on the Android operating system? They can be affected by RCSAndroid as well.

Most mobile Bitcoin wallets are protected by a passphrase or a PIN code, in order to offer some form of two-factor authentication security. However, RCSAndroid seems to possess the capability of reading either the PIN code or the passphrase, just like it can obtain information for any other online application on mobile devices.

What are your thoughts on RCSAndroid, and do you see implications for Bitcoin users? Let us know in the comments below!