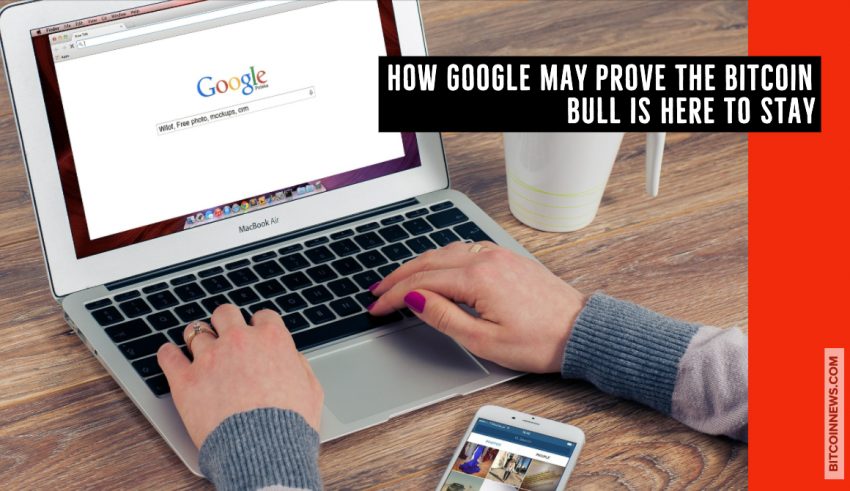 Google searches for the term ‘Bitcoin’ have reached the highest levels since the last November. Researchers have found significant evidence that when there is a spike like this in searches, it reflects a positive market sentiment and buzz around the cryptocurrency which spurs on the bull.

There are several theories behind this:

“If the buzz is everywhere, it doesn’t matter exactly what the news is about… nobody wants to miss out and everybody’s trying to get a piece of it,” said van der Burgt, explaining the colloquial theory of fear of missing out, or FOMO, which is often used by the community to explain a bull market.

The economist also noted that regardless of whether mainstream media coverage was positive or negative, whenever Bitcoin was widely reported on, the price increased.

Researchers from Yale University in Connecticut attribute investor attention as one of the top ways to predict the price movement of cryptocurrency assets. Investor attention can either be a good thing and show hype around a certain asset, or it can relate fear, uncertainty, and despair (FUD).

The research found that a spike in the number of times Bitcoin is Googled can consistently predict a price increase several weeks before it materializes. An increase in negative search terms such as ‘hack’ or ‘crime’ alongside Bitcoin was found to be indicators for a drop in the price quickly after.

Both Ripple and Ethereum were found to display similar trends in line with Google searches, albeit alongside a different timeline.

What is going on this time around

The most recent surge in Bitcoin Google searches occurred on 2 April, alongside the 20% price increase that saw Bitcoin reach the highly anticipated USD 5,000 ceiling.

Google does not share precise numbers of how many times a term is searched for, but data is available on which countries the searches are coming from. And the top nations are somewhat surprising: Nigeria, South Africa, St. Helena, Ghana, followed by the Netherlands. The US, UK, and Canada failed to reach the top 10. This may well show growing support for Bitcoin in markets it has yet to reach.

However, the Google spike has fallen by around 20% in the last few days meaning it is possible that either 1) the reason for the surge falls out of the parameters of both theories, or 2) the bullish trend will be shortlived.

Google searches are still well above any level seen this year and Bitcoin is performing well in the market, sitting around USD 5,150, so there would seem to be a good chance the price will remain at least steady for the time being.

The post How Google May Prove the Bitcoin Bull Is Here to Stay appeared first on BitcoinNews.com.