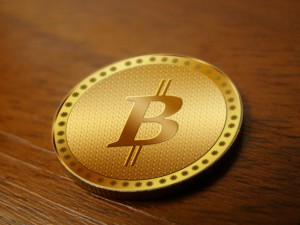 I had the chance to interview a professor of economics and CEO of an international investment group. As requested, the interviewee’s name will not be published. Instead, the interviewee is referred to as “Chris” in this article. 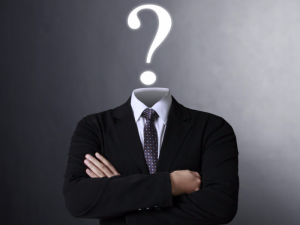 Chris: I came into contact with this Bitcoin and altcoins during the many investment requests we received over the years. From the ludicrous to the more serious, but most of them just fail in convincing most of us.

The concept of the blockchain and the technology behind it does intrigue me, as it does a lot of other colleagues in diverse sectors. Also the vision that Bitcoin has, immediate transfers with near zero % surcharge is an excellent, in theory. It makes the competitiveness a lot more interesting.

You wrote a couple of interesting articles about the potential that Bitcoin could create for small and mid-sized businesses and how to use it in their business model. However Bitcoin has a lot of problems.

You asked me what I thought about people talking about Bitcoin. Personally I find them a bit naïve and their focus is a bit wrong. Other people in business and finance are just laughing at certain people and the way they are pushing Bitcoin forward (or should I say force Bitcoin).

Sergio: Can you elaborate a bit about the last paragraph? Where does Bitcoin have a problem or where do you see the problems?

Chris: For me the first issue is that Bitcoin has a very big image problem. Bitcoin has been and is currently being rocked left and right by scammers and frauds. The first big fraud/”hacking” scam was Mt. Gox, that drew the attention of the general media. This generated a huge negative image with a lot of people and scared a lot of investors away from Bitcoin. After that the image of Bitcoin got repaired a bit but then Josh Garza and his scamming practices came along.

The Bitcoin community seems to be rife with scammers and fraudsters, or at least that is what a lot of experts in different sectors are labelling the Bitcoin community. You have exchanges that are run by anonymous people, with some “dazzling claims” just to trust the exchanges. I know for a fact that a certain exchange is not paying out the promised monthly dividends on their shares and are actually flirting with the legal apparatus of the country they are located in. No wonder a lot of experts are advising banks and countries to “issue their own virtual currency” for certain departments (tax tokens or investment options for example).

I mentioned that the focus was a bit off with a lot of Bitcoiners. A focus on “getting more merchants to accept Bitcoin” is most of the time a self-defeating strategy. You need to have a handful of reliable merchants that offer products that are relevant for the general public. Then you need to focus on the general public. If enough of the general public ask /demand to be able to pay with Bitcoin for their goods, the merchants automatically follow. That is basic economics and the fact that this isn’t being done adequately, draws a lot of laughter from the Bitcoin critics.

Sergio: As we hear you mentioning the more obvious problems and issues that general and business people have with Bitcoin, is there any hope for Bitcoin in the future?

Chris: It might seem bad, but the fun fact of Bitcoin is that it is decentralized. It is both a weakness but also its strength. It is much easier to change direction and “activate” Bitcoiners to shift their promoting of Bitcoin from businesses to the general public. There are some organisations that already do that. For example, we have the College Cryptocurrency network, but also other organisations that have been created to educate and inform everyone about Bitcoin.

Some people propose that a centralization would make Bitcoin a better place for everyone. I’m from the viewpoint: if it isn’t broke don’t fix it but that doesn’t mean you can make adjustments to make it better. I suggest that there is a semi-centralization and legislation but only for exchanges. There is going a lot of Bitcoin through them and as such they should be accountable for everything if something goes wrong. Real world exchanges are controlled and looked over by watchdogs and that courtesy should also be extended to the virtual currency exchanges because these exchanges have a history of fraudulent activities.

Of course, the success of Bitcoin doesn’t rest solely on the shoulders of the Bitcoin community. There are a lot of other factors like legislation, government positions versus Bitcoin, tax on Bitcoin, possible bans, etc.

What do you think about the state of Bitcoin? Comment below!

The post Interview With an Economics Professor: “Bitcoin Has a Lot of Problems” appeared first on Bitcoinist.com.