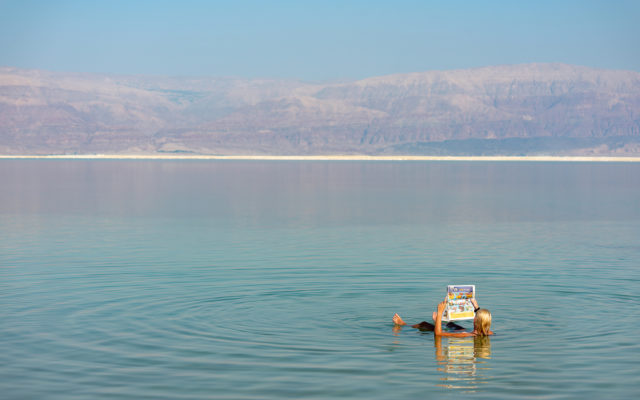 Yes, you read that right, an Israel paper “contacted Bitcoin” for comments regarding the Hamas terrorist group calling for funding via the cryptocurrency.

Bitcoin is Not a Company

Bitcoin while being universal, open, and borderless, might still be an opaque concept to some. This could explain the gaffe that appears in a January 30, 2019 article from The Times of Israel where the paper said “there was no immediate reply from Bitcoin,” meaning the publication had reached out to Bitcoin concerning the story.

The story in question was Hamas; the militant Palestinian group, asking for donations in Bitcoin to continue its offensive against Israel. The paper even goes as far as repeating tired rhetoric of Bitcoin’s use in procuring illegal items. 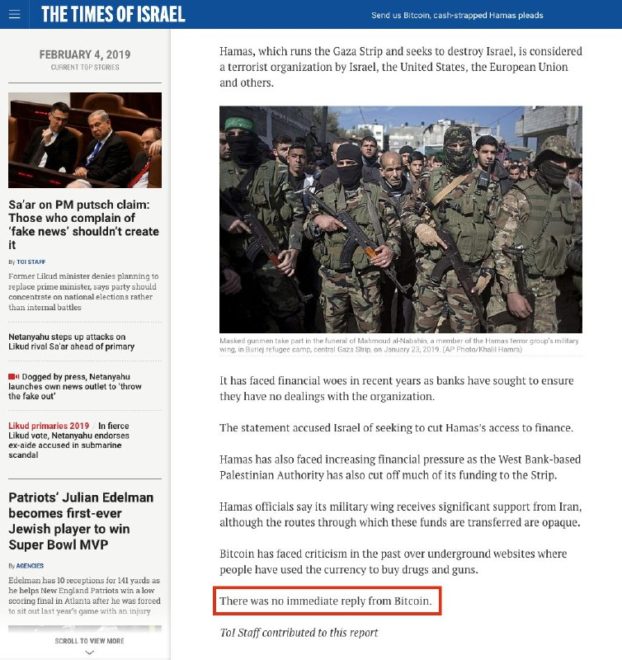 One wonders how the paper “contacted Bitcoin” seeing as it isn’t a payment company like PayPal. Once again, mainstream organizations show their lack of understanding of the subject matter. This ignorance doesn’t, however, stop them from spreading false information about the revolutionary payment technology.

Maybe they erroneously thought either Bitcoin.com or Bitcoin.org was the “official website” for Bitcoin. The latter is indeed written on the Bitcoin whitepaper. Regardless, we recommend a careful study of an introductory text next time; perhaps attending a Bitcoin conference in Tel-Aviv or read Bitcoinist’s “What is Bitcoin? Guide for the Most Popular Cryptocurrency.”

Viability of Bitcoin for Terrorist Funding

Meanwhile, on the subject of Hamas calling for funding via Bitcoin, numerous experts have argued against the viability of using cryptocurrencies to fund terrorist activities. Last Tuesday (Jan. 29, 2019), Hamas called on its supporters to aid its cause by sending bitcoin donation.

However, reports by both U.S. Intelligence and Europol say Jihadists are yet to leverage cryptocurrencies in their terrorist activities. The studies confirm that cash is still king as far as terrorist funding is concerned.

Furthermore, the enactment and enforcement of robust KYC/AML protocols are sure to make virtual currencies a far less viable proposition for jihadists as the transaction ledger is public and completely transparent. Plus, these organizations don’t exactly operate in technological utopias meaning, converting crypto to cash is sure to be a tedious endeavor.

What do you think about the gaffe in The Times of Israel article? Let us know your thoughts in the comments below.

Image courtesy of The Times of Israel, shutterstock