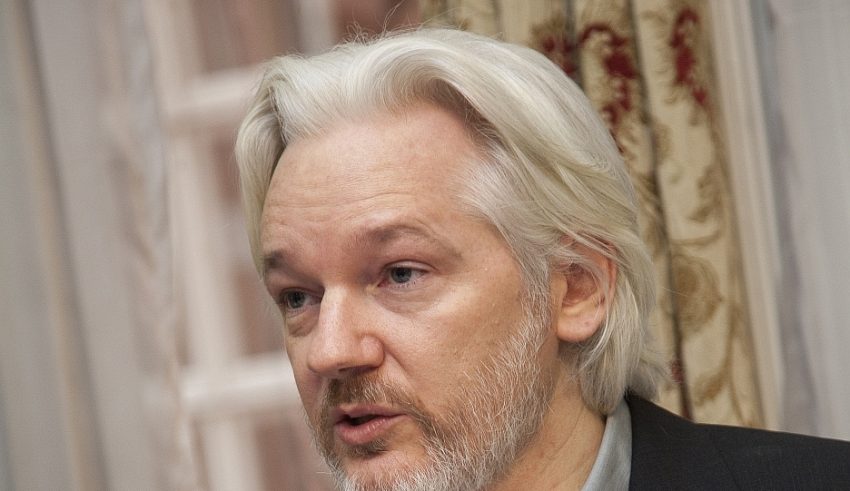 47-year-old Australian Assange was arrested yesterday at the Ecuadorian embassy in London after the South American country had offered him diplomatic protection in 2012; protection which was recently withdrawn allowing for his arrest. The Wikileaks co-founder entered the embassy over six years ago to avoid extradition to Sweden over a sexual assault case which was subsequently dropped. Assange’s next hurdle is to answer US federal conspiracy charges that he leaked US government secrets.

The US Justice Department began investigating the Assange website in 2010. In 2017, after the US banking embargo against WikiLeaks, its leader, Julian Assange, publicly thanked the US government for forcing his organization into relying on Bitcoin donations, reportedly giving WikiLeaks a 50,000% return:

“My deepest thanks to the US government, Senator McCain, and Senator Lieberman for pushing Visa, MasterCard, Paypal, AmEx, Moneybookers, et al, into erecting an illegal banking blockade against WikiLeaks starting in 2010. It caused us to invest in Bitcoin with > 50,000% returns.”

In the few hours following Mr. Assange arrest yesterday receipts to the WikiLeaks account totaled 0.617 BTC, or more than USD 5,000; taking into account pending transactions, that sum increased to 1.365 BTC, or nearly USD 6,900. The wallet has reportedly received nearly 3 BTC since 20 February. Both WikiLeak’s Coinbase and Paypal accounts had previously been suspended.

The 50 plus donations made to the account yesterday represented more than a quarter of the 176 transactions the account received since its first transaction in February of this year.