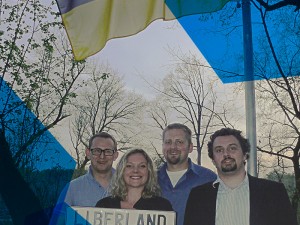 On April 13, 2015 the Free Republic of Liberland was officially formed by a group of Czech citizens. The newly formed country of Liberland is a three square mile plot of land between Serbia and Croatia. The President of Liberland, Vit Jedlicka, has confirmed that Liberland will not have an official currency nor a printed currency. The country will however, accept all currencies, both bitcoin and other digital currencies.

The Free Republic of Liberland is based on a revolutionary vision of freedom from the extensive control and oppression of the world’s governments.

The objective of the founders of the new state is to build a country where honest people can prosper without being oppressed by governments making their lives unpleasant through the burden of unnecessary restrictions and taxes. One of the reasons for founding Liberland is the ever expanding influence of interest groups on the functioning of existing states and the consequent worsening of living conditions of people. – Liberland.org 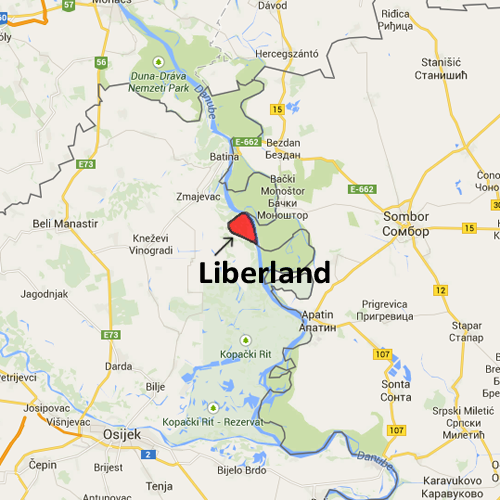 The Free Republic of Liberland, or “Liberland”, is only the size of three square miles, situated between Serbia and Croatia. The west bank of the Danube river runs alongside its border. This area between Croatia and Serbia had previously been declared terra nullius or a no man’s land. On April 13, 2015 the land was officially claimed and given its name after the Preparatory Committee declared the new state and raised a flag on location.

President Vit Jedlicka told TIME magazine that the beginnings of Liberland started as a political stunt to attract the media’s attention. He goes on to say, “But now it’s really turning out to be a real project with real support.” On that note, the 31-year-old leader says he looks forward to seeing the incredible prosperity in Liberland.

Vit Jedlicka was elected President of Liberland by the Preparatory Committee. Vit Jedlicka is also a member of the conservative Party of Free Citizens in the Czech Republic.

Even though the new country is under two weeks old, Liberland has already adopted a flag, a coat of arms and has large social media followings on their Facebook and Twitter accounts.

The constitution and laws of Liberland are currently being written. You can register with the Liberland website but citizenship applications will not be accepted until the constitution is complete.

Once the constitution has been finalized, registered members of the Liberland website will receive an email offering them to apply for citizenship.  Over 150,000 people have already registered on the site.

To find out more about Liberland or citizenship requirements, visit their website at Liberland.org