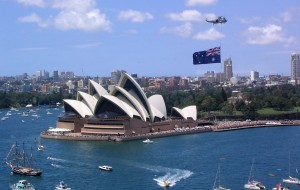 The service provides Australian residents with a way to pay bills and utilities with bitcoin while utilizing BPAY, a popular universal bill-payment system that nearly every major business uses. Through Living Room of Satoshi, Australians paid $150,000 worth of bills using bitcoin.

Then, Australia passed regulations imposing an unfair GST on bitcoin businesses, and Living Room of Satoshi couldn’t continue to operate. But the closing is short-lived, as the founder, Daniel Alexiuc, announced plans for the return.

Speaking to Bitcoinist, Alexiuc commented on his vision for the future of his service upon return.

“The future is positive but still a little unclear for LRoS. We are confident we can keep offering this service to Australians for as long as it is useful to them.”

According to Alexiuc, the positive feelings toward the future stem from the encouraging take on bitcoin from the Australian Senate recently. Currently, the Senate is undergoing an investigation to be completed in March.

Responding to a recent Senate inquiry, the Australian Securities and Investments Commission reported that bitcoin exchanges were not subject to traditional licensing. They also announced that they did not believe digital currency is defined as a financial product like traditional currencies.

“It appears that there are some motivated legislators with an interest in bitcoin’s potential for small business,” Alexiuc told Bitcoinist. ”I think that this damaging GST ruling will be amended in the near future.”

Many bitcoin users are excited about the return of Living Room of Satoshi, supporting the service filled with good intentions. As Australia continues the investigation into the inner workings of digital currency and makes rulings and, hopefully, amendments to their existing laws, Bitcoinist will continue to cover how it affects digital currency businesses and services in the area.

Images courtesy of Wikipedia and Living Room of Satoshi

The post Living Room of Satoshi Says Future of Company is Positive in Australia, But A Little Unclear appeared first on Bitcoinist.com.