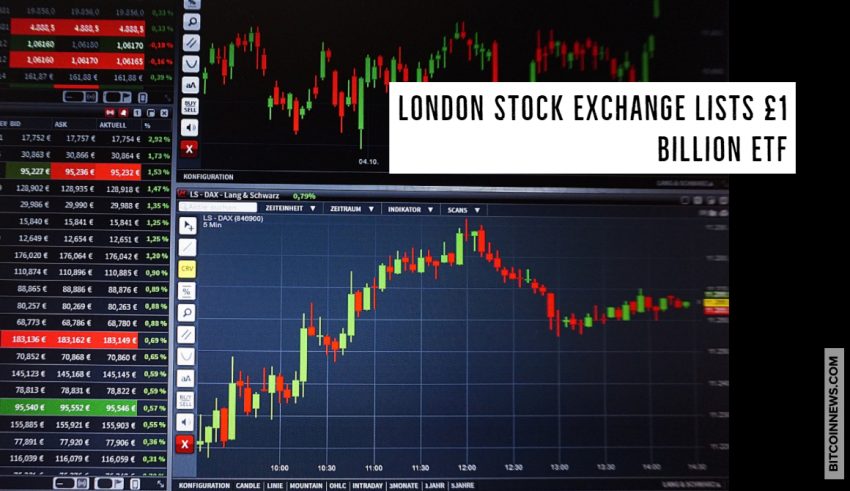 The London Stock Exchange is now listing an exchange-traded fund (ETF) called the Invesco Elwood Global Blockchain ETF. The ETF, currently chasing about GBP 1 billion (USD 1.31 billion) in assets, according to some, suggests that a similar blockchain ETF is not impossible in the United States.

At the time of writing, Bloomberg is tracking the Invesco ETF with the BCHN code. BCHN is currently trading at just over $41 per share with no significant price changes since its listing just three weeks ago, the ETF only charges a modest 0.65% management fee.

The ETF will be making investments in almost 50 companies and firms with blockchain and crypto related business activities. These include crypto mining chip maker Taiwan Semiconductor Manufacturing, US exchange CME of the first Bitcoin futures fame in the US, Overstock, Square and Kakao.

Some 40% of its portfolio is made up of firms based in the US, with a third based in Japan and just over 10% based in Taiwan. Almost half of the companies are represented by IT firms, with the others doing business in finance and communications services.

The official trading of Invesco ETF now places it with a small number of others also trading, but it is claimed to be the first of its kind in Europe.

In the United States, the Securities and Exchange Commission (SEC) has been putting off taking a decision on approving several Bitcoin ETFs. It is speculated that a Bitcoin ETF in the US would attract significant interest from institutional investors, who are waiting on the sidelines for regulatory clarity.