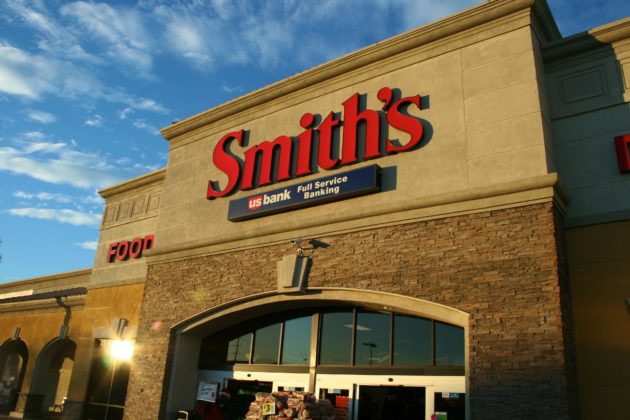 US retail giant, Kroger, is no longer accepting Visa credit cards at its chain of Smith’s food and drug stores. So Anthony Pompliano tweeted an offer to hook them up with Bitcoin’s Lightning Network nationwide.

It all started on Friday when Kroger announced the move to no longer accept Visa credit cards, citing excessive fees. The Smith’s chain comprises 134 food and drug stores across 7 states, employing 20,000 staff.

Card fees charged by Visa are higher at Smith’s than any other credit card brand, explained Kroger CFO, Mike Schlotman:

Visa has been misusing its position and charging retailers excessive fees for a long time.

Visa is actually due to increase fees for the banks processing card payments on behalf of merchants in April.

In the circumstances, it seemed only natural for somebody to suggest a crypto alternative, and Pompliano rose to the occasion. “Who knows someone on the leadership team there?” he tweeted.

The Morgan Creek Digital team will fly to meet them and get them hooked up with the Lightning Network nationwide.

A couple of hours later a product manager from Kroger Digital tweeted a response and set up a conversation. 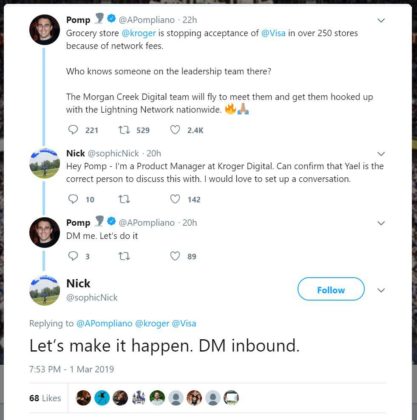 The Tip Of The Iceberg

But this is a very big deal. Smith’s is the second Kroger brand to stop accepting Visa credit cards, after Foods Co. supermarkets in California. Successful implementation of a Lightning Network payment solution at the retailer could lead to a wider roll-out across Kroger brands. 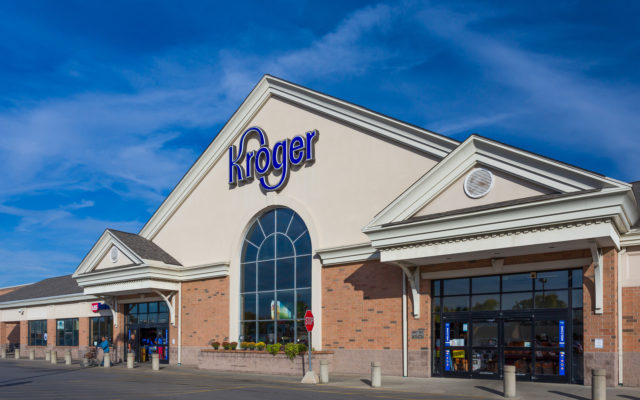 Ripple army excepted, I’m sure there is a high level of confidence in Pompliano and Morgan Creek Digital to make this work.

And Visa… you only have yourself to blame!