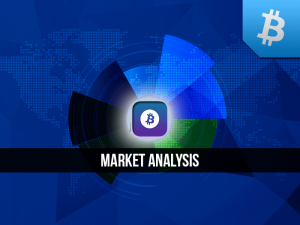 As the title suggests, Bitcoin is now on what seems to be like a correction. From the rapid increase of the market bottom of $300 and consecutive increases to the peak of $410, Bitcoin seems to be on the decline yet again, and is currently sitting around $380.

Volume has also came down again, so Bitcoin won’t be going anywhere soon. Some more sideways movement from Bitcoin for now.

Ripple is still number two regarding market cap, and Litecoin has fallen under the $4 mark. Volume for Litecoin is steady at $4,000,000 so there is one thing going for Litecoin. Already on Bitcointalk there are a couple of heated threads debating whether or not Litecoin is dead.

CannabisCoin has done exceptionally well, basically tripling in price in the last week. Coming from the high 30’s in term of market capitalization, CannabisCoin is now number 30 and it seems price is still increasing.

It also seems that Vertcoin is coming back, one of the older coins known for its extreme hostility towards ASICS. From reaching its market bottom of around $0.04, Vertcoin has been makng steady gains over this week.

Volume is also nearing a healthy $10,000 suggesting a return to Vertcoin. Vertcoin still has a ways to go, from its all-time high of $10, and the market price of $1-$2 a couple months back.

Going on to more privacy centric cryptocurrencies, Darkcoin has seen the bottom of $2, and is now slightly above it.

The market isn’t look good for Darkcoin, and I could easily see it falling underneath $2 mark. Darkcoin development is still undergoing, so I wouldn’t go out and say it’s dead.

All in all, the market seems like it has gone back to usual. For several months now, Bitcoin has had a lot of sideways movement which is what we are seeing right now. You also get several lower volume coins getting pumped, so one might say cryptocurrency is back to the usual markets.

The higher volume coins receiving little volatility (relatively) and the lower you go down on the market charts, the more volatile it is usually.