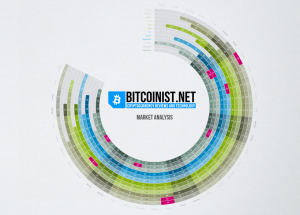 As the title suggests, this week has been stable for the most part. Take the world stable with several grains of salt, as stable in cryptocurrency is still volatile for most people to stomach when they have been used to the relative stability of the dollar and people in precious metals.

For example, let’s take a look at some of the more recognizable cryptocurrencies such as Litecoin and Darkcoin.

Litecoin has stayed in the $5 range, with volume staying around the $2.5 million mark. With a market cap that Litecoin possess, I fully expect Litecoin to recover from the downward trend it has been feeling in the last week or so; slower than Bitcoin of course.

Speaking of Bitcoin, below is a graph of prices and volume over the last week in USD. As you can see, it appears that a slight downtrend has occurred, and we may dip in sub-$500 range briefly. One can argue there is never a bad time to purchase Bitcoin, but I argue to say now is a good time to purchase it. $500 is a cheap price relatively compared to the $600 it can be in a month or so. 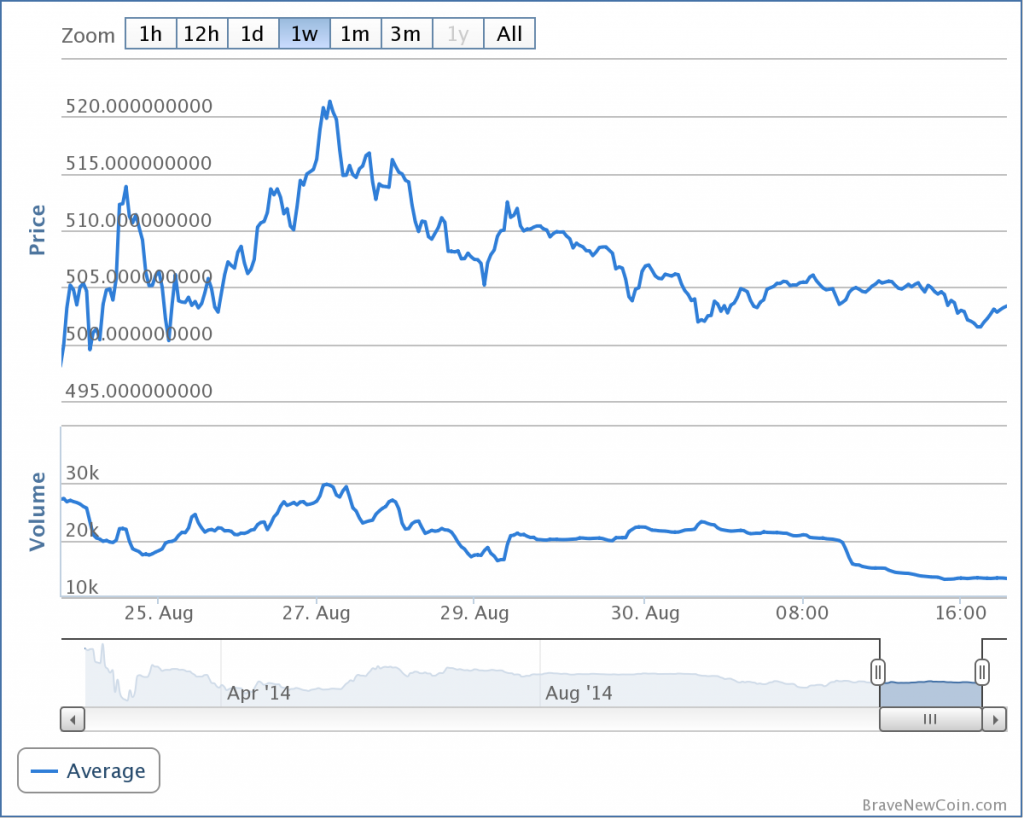 Darkcoin has not fared as well unfortunately. It lost its brief peak at $3.50 and has fallen to the sub $2.50 range. With a volume currently only slightly greater than Dogecoins, future for Darkcoin is looking dark. It is now number 9 on coinmarketcap, and seems to continue to fall. 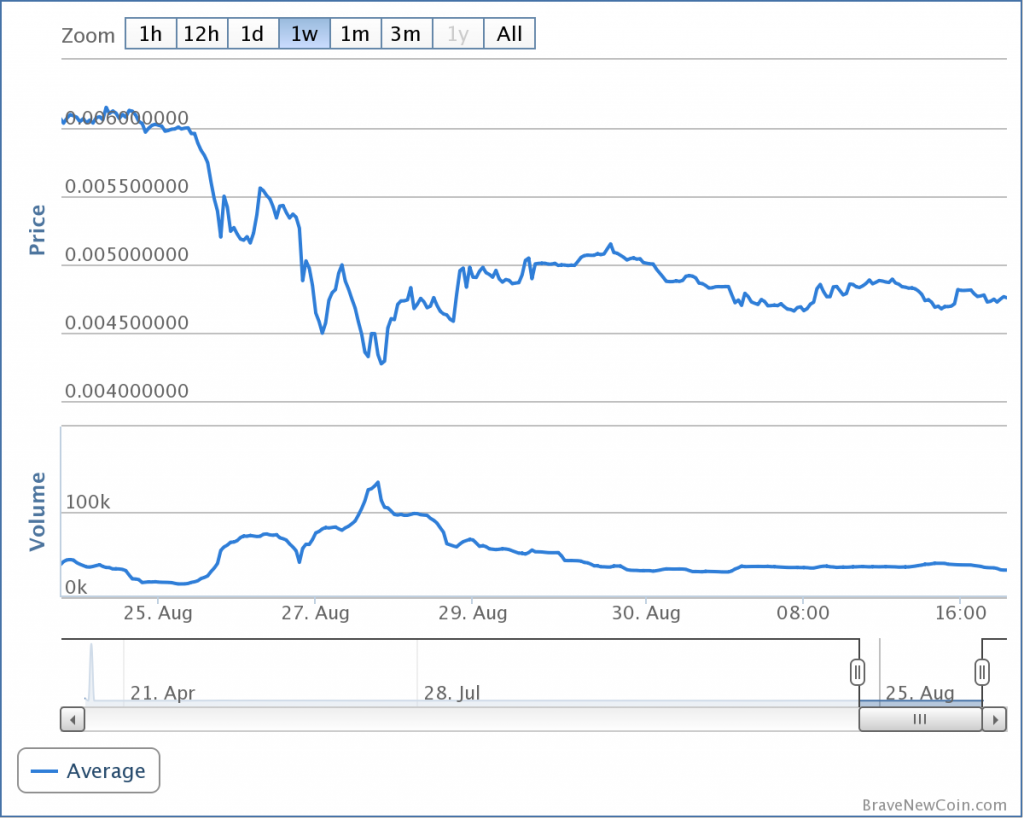 I would watch out for it however, Darkcoin could become a very good buy if it falls into the $1 – $2 range. Darkcoin is still the most recognizable privacy centered cryptocurrency, and has a dedicated development team behind it with what I would imagine many things yet to be implemented.

BitsharesX, has been enjoying some market movement lately. Over the last week, it had secured a position at number 3, but has fallen down to a respectable number 4 in market cap. Today it is down 20%, but still over the last week still majorly positive. With price approaching $0.03 per, and volume at now currently $1.5 million (apporximately) it is a coin to watch even by a speculative investment standpoint.

BitcoinDark also got some positive market trends, with price approaching $6, but is now just under $5.

With Bitcoin seemingly have stabilized at $500 range, Bitcoin could go either way. News on social media regarding cryptocurrencies have been positive, such as news like Newegg Canada now accepting Bitcoin and giving discounts(up to $150 when order exceeds $500).

There is also news of Dominica adopting Bitcoin as their currency, which is massive news. Prices haven’t increased due to this yet, but I expect it to increase in the coming weeks.