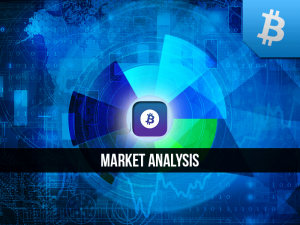 While most of the Cryptocurrency market is down, one coin in particular has been moving a lot this week, in fact up 15% from the 11/22/2014 levels. The currency in regards, of course being Ripple.

This price increase and subsequently market capitalization increase, of course, sets Litecoin even further down, despite the temporary bump to above $4, with Litecoin now at the mid $3 price point.

However, the market cap is now a massive gap, no longer a mere $15 million difference. With the price increase of Ripple, and the price decrease of Litecoin, the deficit between the two coins is now a staggering $312.3 million.

Litecoin prices would have to increase to at least $12.94 to match Ripples market cap.  Take note that the massive increase in price would only bring them to the same market cap. Litecoin would have to further increase into $13+ range to get a lead on Ripple, which I do not see happening in the near future.

Considering that would be a 360% increase in price, something massive adoption or developmental wise must occur to initiate such a strong upward movement trend for Litecoin.

Besides an odd spike in market cap between November 11th and 14th, Litecoin has been statistically coming down, both in BTC: LTC ratio and price overall. It is far from dead, however, as Litecoin is the most popular coin for miners that are not mining the SHA-256 algorithm, namely Bitcoin.

Many believe advancing Scrypt ASICS in both hashrate, as well as affordability has made mining that much more competitive, which has increased the continuous downward pressure of miners trying to achieve a decent ROI.

For example, with Bitmain new L1 ASIC $5/mhs rate should be a hit for miners looking for a cost effective machine. While it may further increase network security, it is up for grabs whether a new ASIC device will increase or decrease the price of Litecoin.

Bitcoin has also briefly enjoyed a position in the lower $380’s but has now fallen into the upper $370’s. So for the average user, nothing has happened besides some sideways movement around Bitcoin Black Friday, as well as the first decrease in Bitcoin mining difficulty in 2 years.

After Bitcoins price hit the month high of around $425, the price has been on the decline, but has flatlined for the time being. Some see the prices as being relatively stable while others see this as a bad thing, and fear Bitcoin is becoming stagnant.

With most coins down, it is a buyers’ market. If you are not in desperate need to liquidate, now is a good time to hold and acquire more to increase your cryptocurrency portfolio.

With the ever so slightly decrease in difficulty, difficulty may go back down again as mining ASICS become stagnant and mining technologies, such as the shift from 28 to 14/16nm manufacturing process increase costs with slight performance gains may slow ASIC purchases.

Tell us what you think of Ripple’s rise and the Bitcoin value below in our comments section.

The post Market Summary: Ripple’s Rise and Bitcoin In A Holding Pattern appeared first on Bitcoinist.com.