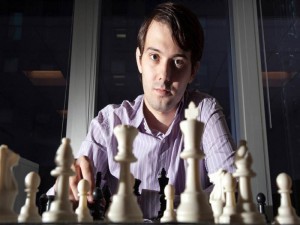 World-class asshole Martin Shkreli found himself in the news yet again when he resigned his position as CEO at Turing Pharmaceuticals. This move comes following his arrest on charges of securities fraud, as he allegedly used shares from his former company, Retrophin, to pay debts.

Also read: Martin Shkreli Arrested for Fraud: How the Blockchain Could Have Stopped this Aids Pill Price Gouger 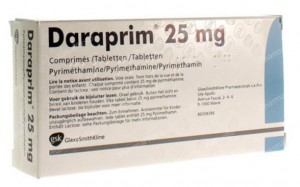 Shkreli first made headlines earlier this year when his company purchased the rights to a decades-old HIV/AIDS medication and raised the price by over 5,500%, from $13.50 USD to $750. This action earned him the title of douchebag of the century in the hearts and minds of people across the globe. However, if his exploitation of the US patent system wasn’t enough, he used his wealth to purchase a hot collector’s item: the only copy of the Wu Tang Clan’s album, Once upon a time in Shaolin.

In our previous article regarding Martin Shkreli’s fraud charges, we explained how the blockchain could have stopped the price gouger and alleged fraudster dead in his tracks. With the blockchain, information can be made public, free of the broken intellectual property system in the US and around the world. The blockchain can store information, such as the ingredients for an important medication, on a decentralized network that cannot be brought down as easily as centralized systems. Furthermore, if Retrophin used some form of blockchain accounting, they could have caught Shkreli’s alleged fraud earlier, or prevented it from ever happening.

Nevertheless, Shkreli is now in custody, and Turing Pharmaceuticals is taking measures to continue operations following his resignation. The company announced that Ron Tilles, the chairman of the organization’s board of directors, has been appointed as an interim CEO. Turing stated that, in his position as acting CEO, Tilles will continue to serve as the chairman of the board. Tilles gave a statement for this press release, saying that:

We wish to thank Martin for helping us build Turing Pharmaceuticals into the dynamic research focused company it is today, and wish him the best in his future endeavors. At the same time, I am very excited about the opportunity to guide Turing Pharmaceuticals forward. We remain committed to ensuring that all patients have ready and affordable access to Daraprim and Vecamyl.

According to the company’s announcement, Tilles has been chairman of the board at Turing since their launch in late 2014. Tilles’ career started at Merrill Lynch in 1985, and worked with several other firms before coming to Turing Pharmaceuticals.

What do you think about Martin Shkreli’s resignation? Let us know in the comments below!