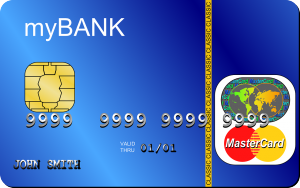 Now, ‘Scan Your Face to Pay Your Bill’ will be a reality as MasterCard is exploring and experimenting with a new program: approving online purchases with a facial scan. For the purpose, it is testing a Smartphone app that uses facial recognition to verify online purchases. 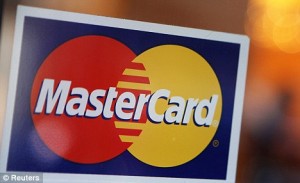 When facial recognition system, a computer application for automatically identifying or verifying a person from a digital image or a video frame from a video source, is becoming popular for privacy and security, MasterCard too is willing to explore the tech. The company says that it is experimenting with the facial scanning technology where at checkout; users will be asked to hold up their phone and snap a photo. Thus, they won’t need to remember their password that is a hassle for many of them.

Talking about the project, Ajay Bhalla, who’s in charge of coming up with innovative solutions for MasterCard’s security challenges, says that the new generation, which is into selfies will find it cool to embrace. Apart from reducing the hassle for users who find it difficult to remember passwords, the company also aims to reduce the likelihood of fraud when transactions are being carried out.

It appears MasterCard is inspired from iPhone’s fingerprint scanner that started a security revolution in 2013. Apple Pay showed that customers are willing to use biometrics to prove their identity. The company says that currently customers are using “SecureCode,” which requires a password when shopping online. Though this stops credit-card-number-stealing hackers from actually using users’ card on the Web, passwords get forgotten, stolen, or intercepted. To solve the issue, MasterCard is going to launch a small pilot program that uses fingerprints but also facial scans.

Initially, the company will experiment with 500 customers; however, once it works out all the kinks, there will a public launch. For the purpose, it has partnered with every Smartphone makers like Apple, BlackBerry, Google, Microsoft, and Samsung (SSNLF). The talks are also going on with two major banks; however, no names have come yet.

The customers need download the MasterCard phone app which once installed will ask for authorization after they pay for something. If they choose fingerprint, all it takes is a touch; however, if they go with facial recognition, they stare at the phone, blink once and that’s it. The security experts at MasterCard believe that blinking is the best way to prevent a thief from just holding up a picture of the users and fooling the system.

MasterCard is promising for utmost privacy and security during and after the facial recognition as it doesn’t actually get a picture of users’ finger or face; rather, all fingerprint scans create a code that stays on the device. The company informs that the facial recognition scan maps out user’s face, converts it to 1s and 0s and transmit that over the Internet to MasterCard. Bhalla clarified that MasterCard won’t be able to reconstruct user’s face.

A major concern, however, is that the information would transmit securely and remains safe on the company’s computer servers; however, from a privacy aspect it’s awful i.e. keeping this kind of information in one location makes it more tempting to hack. 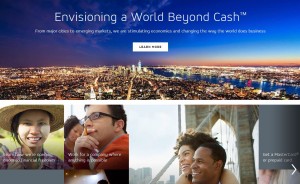 Some Issues with Facial Recognition Tech Experiments by Google

MasterCard is not the first company to experiment with facial recognition tech; Google tried it on Android phones, and there were a lot of problems in the early days. For instance, soon it was found that anyone could take a photo of somebody and present it to the camera, and the phone would unlock. However, MasterCard cannot afford to compromise on security as it is dealing with money. Therefore, it is important for it to add extra layers of security.

For instance, if an ordinary password gets compromised users can simply revoke it or change; however, there will be an issue when facial recognition data gets stolen. To address such issues, MasterCard says it is also exploring fingerprint security and voice recognition, which could make life easier for customers.

Disclaimer: The author of the news is not associated with MasterCard nor has he any vested interest with the firm.

What do you think about MasterCard’s Facial Recognition App? Let us know on the comments bellow!

The post MasterCard Closing In On Facial Scanning for Approving Online Purchases appeared first on Bitcoinist.com.