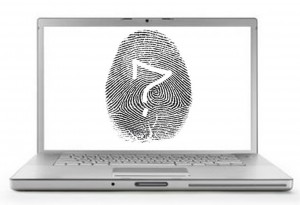 Mastercard has started a campaign against Bitcoin; it is asking for more transparency and greater regulation over digital currencies in Australia. The Company has used a submission to a Senate inquiry to argue for Australian regulators to move against the pseudonymity of digital currencies such as Bitcoin.
The company’s states:

“Any regulation adopted in Australia should address the anonymity that digital currency provides to each party in a transaction, contrary to transactions made with a MasterCard product, the anonymity of digital currency transactions enables any party to facilitate the purchase of illegal goods or services; to launder money or finance terrorism; and to pursue other activity that introduces consumer and social harm without detection by regulatory or police authority.”

All Bitcoin transactions are visible on the block chain, which acts as a distributed ledger for the crypto-currency. 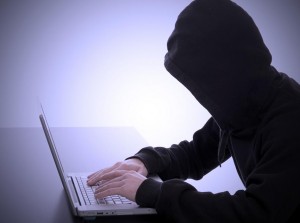 However, Bitcoin wallets, which are used to store, send and receive bitcoins, can be easily generated and are not always easily linked to real world identities. Even though there are ways to track bitcoin transactions and linked them to real world entities the process is rather complicated and there are always ways to make it ineffective.

The Company’s position over Bitcoin

Matthew Drive, President of Mastercard believes we are seeing a huge change in payment technology whether its digital convergent or crypto currencies; he says it is very important for the company to look and understand what are the real benefits put into the system by this new technology; for consumers, merchants, governments, or even financial services providers what’s really critical is that what they are putting into the marketplace is trusted. Trust and security and a stable form of value are incredibly critical if companies are going to be able to get acceptance for the services. Matthew argues that the real challenge with digital currencies is that they are unstable in terms of their intrinsic value. They don’t offer perhaps the recourse consumers are naturally expecting from using cash in a day to day basis and they are also there to serve a purpose not necessarily or completely clear.
Matthew Driver says:

“Concerns related to bitcoin are because they are looking to guarantee anonymity, essentially electronic cash if you will; and what Mastercard is looking critically at is how can we move to this world beyond cash, how do we actually use electronic payments to combat the inefficiencies of cash and really create a much more transparent and inclusive financial system? If you really want to do that, it’s quite hard to understand what the appeal is over crypto currencies when that currency is really a kind of “electronifying” cash, it seems to be pretty inefficient!”

Innovation in payments and the industry is fairly important in maintaining a healthy competitive environment and driving improvements and experiences for consumers and Businesses. 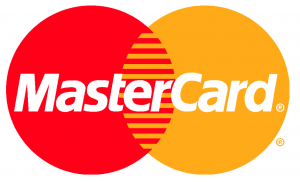 The Company firmly thinks innovation is something extremely important to what Mastercard does and it is particularly focused on ensuring that is delivering safe simple and smart solutions for the consumers. Cash is a problem for a number of countries; it facilitates anonymity it facilitates illegal activities, tax avoidance and a whole range of other things that aren’t going to give any efficiency to the economy.

85% of the world’s retailed transactions are cash; So what Mastercard is trying to ensure is that it is building compelling, interesting, secure, and convenient payment solutions that encourage, governments, consumers, merchants, businesses and other participants to adopt their own electronic payments.

“We at Mastercard are not completely comfortable with the idea of crypto currencies, largely because they go against the whole principle that we have established our business on, which is really moving on to a world beyond cash and assuring greater transparency and security and simplicity in a way for people to go along.”

Mastercard’s President believes trust to be the key for healthy financial relations; it is an important part of any financial payment system. He claims that all of the sudden we are having crypto currencies being produced by anonymous computers in an anonymous location, so that gives complete legitimacy on having some concerns about how that might be working.
Mastercard believes that anonymous transactions are assumed to be suspicious, and leaves the question as to “why does somebody needs to be anonymous?”

Matthew states that regulators should be able to keep track of transactions so they can ensure that its fully compliant system and they can’t do it when there is an anonymous form of electronic cash wondering around.
Matthew Drive says:

“I certainly don’t want anybody mining technology or mining financial services away from my control, particularly if they represent something to me.”

Big businesses are increasingly accepting Bitcoin as a payment method. Increasing regulation in the Bitcoin market has steadily paved the way for businesses to accept Bitcoin payments, predominantly as a means toward casting a wider customer net, and this may be also the biggest reason it has become a threat to Mastercard.