MecklerMedia’s Inside Bitcoins Announces Schedule for its Chicago Launch, including Blockchain Agenda and Startup Competition; July 10-11, 2015 at the Navy Pier

(New York, NY – June 16, 2015) – MecklerMedia Corporation announced the list of confirmed speakers and sessions for its Inside Bitcoins Conference and Expo in Chicago, Illinois, taking place at the Navy Pier on July 10-11, 2015. 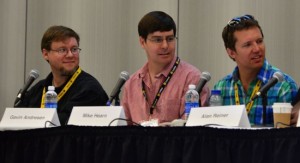 The event will cover a diverse range of topics including blockchain-based startups, bitcoin markets and exchanges, FinTech innovation, distributed ledgers, decentralized applications, and bitcoin for non-profits. Inside Bitcoins Chicago also features the Blockchain Agenda which focuses on exploring new and innovative applications of blockchain technology across all industries.

“As the industry’s premier conference, Inside Bitcoins Chicago shines a disruptive spotlight on the latest FinTech business trends, innovative investment strategies, emerging killer apps, and the next wave of Bitcoin 2.0 and blockchain-based startups,” says Stewart Quealy, Director of Content for MecklerMedia.

MecklerMedia also announced a $1,000 cash prize for the winner of its Inside Bitcoins Chicago Startup Competition, where startups and emerging entrepreneurs in the cybercurrency space will pitch their bitcoin business ideas to a panel of industry veterans and influencers. The Startup Competition at Inside Bitcoins Chicago takes place on July 11 from 11:00am – 12:00pm. The winning company is also awarded a speaking slot on the agenda of an upcoming Inside Bitcoins conference, as well as complimentary consultation with an industry luminary. Startups wishing to be considered should e-mail ibstartup@mecklermedia.com.

Get 10% OFF when you register with the discount code BITCOINIST. Prices increase on June 19, so register before to save with early bird pricing.  To register for the Inside Bitcoins Conference and Expo in Chicago, please visit insidebitcoins.com/chicago.