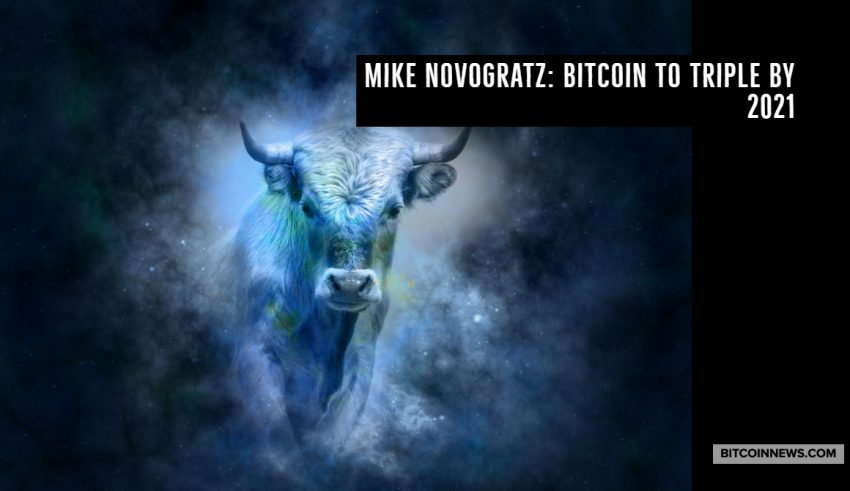 Bitcoin bull and CEO of Galaxy Digital Mike Novogratz has told CNN Business at the SALT Conference in Las Vegas that a Bitcoin recovery may just have started a trend that will see its price triple to its old all-time high price of USD 20,000 by 2021.

“Out of the rubble, bitcoin has popped back up,” said Novogratz, who was a former banker at Goldman Sachs. He iterated his belief that Bitcoin had already bottomed out and was unlikely to reach its lows of near USD 3,000 this year, unless something devastating happened, such as a huge hack from an exchange or an extreme negative shift in regulations. “It would take something like that to shatter this newfound confidence.

Novogratz also urged crypto exchanges to “self-regulate” to bolster their security and instill confidence in Bitcoin, saying that even “a little bit of guardrails can go a long way”.
Not everyone has been bought over by Bitcoin’s improving fortunes this year however. At the same SALT conference, New York University professor Nouriel “Dr Doom” Roubini labeled Bitcoin as “mother and father of all bubbles and busts.” Various other academics, however, have argued extensively against this theory, and Bitcoin’s longevity after more than ten years proves that Bitcoin is no one-trick crypto.

The post Mike Novogratz: Bitcoin to Triple by 2021 appeared first on BitcoinNews.com.