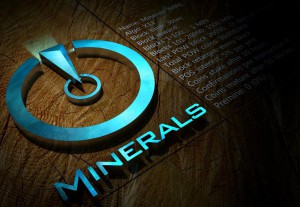 Minerals is a coin with the X11 algorithm and a total of 30 million PoW coins. The PoW phase lasts 7 days, and afterwards, PoS begins with an interest rate of 5%. Other than this, something very important is the lack of a premine or IPO which I find to be a good thing. The big thing that catches my eye about Minerals is the lack of a premine, even more so considering how much the developers have done in order to push innovation into the coin. A quote from the announcement thread regarding the dev’s interest: “The dev team will have the interest in the coin, in its further development and marketing by cutting out the middlemen – pools. There is no reason for miners to pay fees to pool owners, who don’t contribute to coin development and are only interested in instantaneous profit from the coin and easily move on to another coin. ”

An interesting thing about Minerals is the way they approached the evasion of Multipools, Asic farms, and others. They went with a method not seen by other coins in which they did not provide the source code or wallet until after the PoW stage ended. This was something I found to be quite awkward considering how a source code is the way to prove a coin’s validity. However, Minerals used third party experts to confirm that the source code was there, proving the coin’s validity. All this being said, what differentiates Minerals from other X11 algorithm coins? Is there any innovation? Well, of course there is. Targeting gamers was the approach taken by Minerals, and in my opinion, a great one too.

The Minerals development team set out a goal to themselves. They wanted to bring a betting service to the average gamer. They call it E-sports betting in which you can bet with, and be paid through Minerals. Bet on what game you may ask. Some commonly known games, being very popular in their genre of gaming. Starcraft 2, League of Legends, and DOTA 2. Yet, the development team wants to make the process as easy and straightfoward as possible, and for this reason, the betting service is implemented into the wallet. Other than this, an IRC chat has also been implemented into the wallet for public testing of both the betting service and IRC chat. 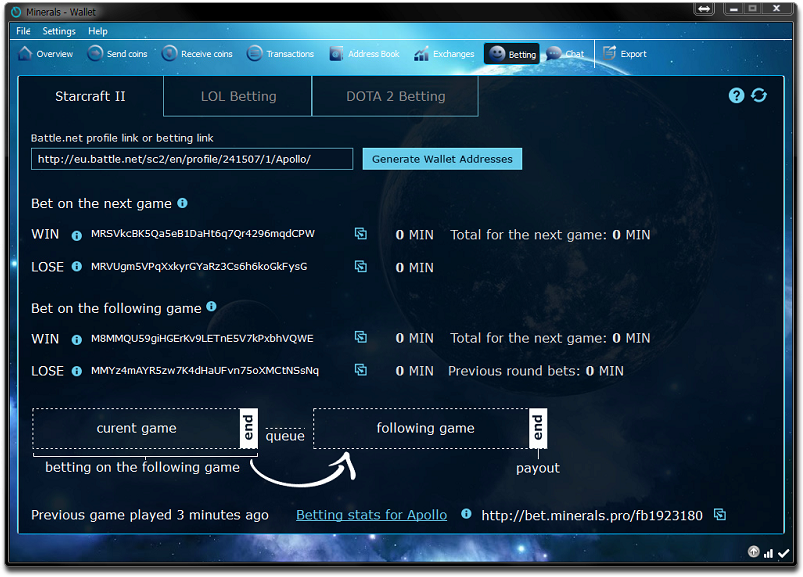 This is just the start of the betting service though. Another interesting feature that the Minerals development team wants to add to the betting service is the ability to stream matches in order to keep track of games you have bet on. They have also posted a development roadmap in which you can see how the betting service will work more in detail. I would like to note that at its current public test, DOTA and League of Legends betting is not available. Solely Starcraft 2 at the time being. Not only will you be able to bet on games though, you will bet on starcraft 2 tournaments as well which are the official ones hosted by WCS. All this being said, a huge part of the development time has gone into the betting service, even though they have said that once the betting service has been released, they will work on anonymity. This is another big thing in my eyes as it will bring anonymous betting in online games which is something I have not seen, and that I find to be unique in many ways

Minerals looks very good at first glance, and more so when research is done. However, things are not as good as they seem, and whether that happens to be the case with Minerals is something we cannot foresee. The developers seem to support their coin its totality though, and that is something I admire. I admire them even more because they did not opt for a premine . However, their ability to stick around their coin is yet to be seen. Remember Minerals is a fairly new coin, and its course can be turned quite quickly. We can never be sure whether a coin will succeed or not, yet as I always say, things that most matter are a good community, developers, and innovation. I am a judge in my own eyes, and have a personal opinion on Minerals. Whether to love or hate this coin, its up to you. Make rational decisions based on research you have gathered. Don’t be guided by anything others say. The final decision is made by you

The post Minerals: Innovation at its Finest? appeared first on Bitcoinist.com.