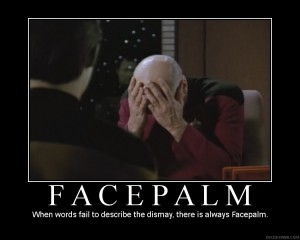 Mistakes: Interview with the Man that sent 800 BTC to Mt.Gox

Quite recently, a man that goes by the Reddit handle of TheDJFC, mistakenly sent 800 BTC to the same address which he sent 300 BTC earlier this year. At current prices, this sums up to around $688,600 for 1100 BTC. The man has evidence to back his story up; transaction can be seen on the blockchain.

He reached out to the Bitcoin Community over at Reddit, making a post about it to see if anybody could help him out, seen here.

From there, someone that goes by the name of Throwaway43572 was able to download leaked Mt. Gox information, to find that the address containing the 1100 Bitcoin belonged to Mt. Gox. If you haven’t heard, Mt. Gox went bankrupt recently, only refunding a partial amount of the users that had their Bitcoin locked up on the exchange.

So for now, no one knows who controls the address, if anyone. The address is still definitely valid due to the blockchain, but due to the nature of cryptocurrencies with their irreversible transactions, this man’s chances of regaining his Bitcoin is very slim.

The chances are better than usual, since all of Mt. Gox properties, including their private keys, are under custody leading many to believe that if TheDJFC (he has requested his name not be included) can prove ownership (which he can) that he can receive his Bitcoin back.

He isn’t going down with a fight however.  TheDJFC has already put up a bounty for people that may be able to help him retrieve his Bitcoins.

Obviously, as there is a decent sum of money involved, I will be offering cash bounties for information that helps me get my coins back.”Throwaway43572″ thinks this is a Mt. Gox address… I’m trying to verify that myself, but it definitely makes sense given the context. If anybody is a lawyer, or even better somebody at Mt Gox, I will reward/retain you to help get these funds back.

I luckily have been able to track the man down, and asked him for an interview in return he accepted. When asked how this happened, TheDJFC said

From the client I copied and pasted the wrong bitcoin address.  What should have been my address was in fact an address I had sent coins to at Mt. Gox over a year ago.  I stupidly did not do a smaller test transaction first.  Be very careful with bitcoin.  I’m an idiot.

The post Mistakes: Interview with the Man that sent 800 BTC to Mt.Gox appeared first on Bitcoinist.com.