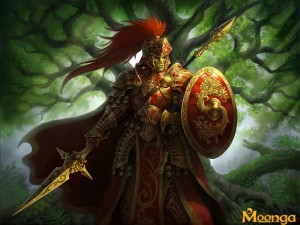 Moonga is an online trading card game compatible with iOS and Android operating systems. Moonga was released in January 2010 by EverdreamSoft SA. In this game, users need to own their card decks to battle other user’s decks in a very similar approach of Magic the Gathering. With only five years, the game is already very popular counting with over 50k users.

Since 2010, EverdreamSoft has been launching some new releases for the game. The latest saga to be released, Spells of Genesis (SoG), is a trading arcade card game, which will integrate Bitcoin and Blockchain technology in its game economy and story. The new release is targeted to be launched later this year. The game is designed for iOS and Android devices only. Spells of Genesis is a pure crypto game, and they are releasing crypto cards that will work like assets which can be traded at the Counterparty platform.

With this move, Moonga will be introducing cryptocurrencies to a fresh new set of people while being able to promote digital currency awareness along the way.

The developers will be launching a token sale to support the full development of the game. The token sale is said to be starting this month hosted on a platform yet to be named.

The Counterparty platform is going to be used to issue the cards in the game. This is one of the best innovations the platform can offer. The SoG project is a deck card game very similar to Magic the Gathering. Spells of Genesis lets users leverage counterparty assets to represent cards in the game. It’s sort of a real life printing of cards that even allow users to play it offline. 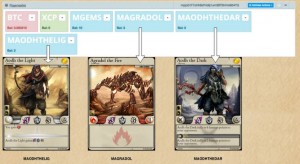 Spells of Genesis will also have an in-game Token, which will be the main source of info on the game fuel and a premium currency as well. BitCrystals, will also be Counterparty assets; users will be allowed to trade them or can be burned to create card packs and acquire new items in the game.

The motivation for developing Spells of Genesis came from the desire to create a game with the community. For the first card and token distribution, The Spells of Genesis team made a partnership with FoldingCoin, providing 100,000 free BitCrystals and 300 trading cards towards their Merged Folding Platform, assisting in the computational development of vital medicines.

There was a distribution of 300 unique trading cards among the folders also as a counterparty asset named “FDCARD”. These cards were the first series to be issued and will be playable in the game or can be freely tradable by the owners as a Counterparty asset. These first 300 unique cards were specifically designed for FoldingCoin and will not be distributed in any other way.

BitCrystals, on the other hand, are divisible tokens and as stated before, are the in-game game currency for SoG, so having fractions of a whole token can be used for various things such as buying packs of cards. The cards on SoG are normally non-divisible tokens as they represent individual cards. However, to distribute FDCARDs among Folders this particular card needs to be divisible. So as long as you have one whole FDCARD in your wallet you will have the card, anything less will not be eligible to use the card in the game. 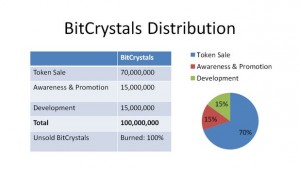 Game assets in SoG will all be assigned a unique Counterparty token. Assigning Counterparty tokens to game assets allows them to be traded freely outside the game. Players will own their game items and cards not only in the game world but also on the Blockchain.

The use of Counterparty’s functions such as the lock feature opens up the possibility for players to lock a certain amount of rare cards in a public and transparent manner.

Users can purchase game items through Google Play/AppStore using their own country’s currency. Users can also use BitCrystals to purchase new cards and game items. A total sum of 70,000,000 BitCrystals will be available for purchase during the Token Sale.

Judging from the popularity achieved in nearly five years by Moonga, Spells of Genesis will certainly be a project to keep a close watch.

Moonga is introducing Cryptos to a whole new set of users. What do you think this can do for digital currencies? Let us know on the comment section bellow!

Source and Images: Courtesy of EverdreamSoft

The post Moonga and Spells of Genesis: Taking Cryptocurrency to Online Gaming appeared first on Bitcoinist.com.