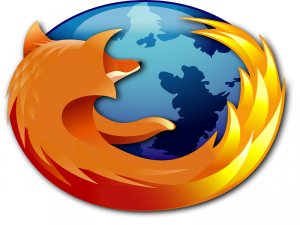 Mozilla, the team behind the well-known Firefox browser, recently announced that it was including Bitcoin as one of the many ways people can choose to support the organization. Mozilla is a non-profit organization dedicated to promoting openness, accessibility, and innovation on the Web. It seems that a lot of Mozilla supporters demanded the ability to donate using bitcoin; Mozilla added a bitcoin payment button to its primary donations form after receiving numerous requests from donors.

With this move, Mozilla has joined a growing number of merchants and organizations that accept bitcoin, including the Electronic Frontier Foundation, Khan Academy, Greenpeace, United Way, and the Wikimedia Fou 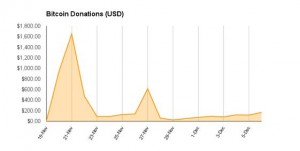 Recent news says that Mozilla released data collected from a statistical study on the impact of adding a bitcoin button on the main campaign donation page. Somehow, the data revealed that bitcoin had a negative impact.

Given the high volume of page views to that form during this period, the campaign moderator was concerned that adding any unnecessary text would distract donors and depress non-bitcoin conversions, the source of more than 99% of all the campaign revenue. So it was decided that a “Donate with Bitcoin” text was to be added and tested whether it depressed conversion or not.

According to Mozilla, the test clearly showed that the revenue per visitor drops by about $0.07 USD. Mozilla refers to a loss of seven cents per day, which in scale, can represent a lot. The company points out that the donation form will get roughly two million more visitors before the campaign comes to an end on December 31st. By adding the“Donate with Bitcoin,” the company would see the income reduced by about $140,000.

Many within the bitcoin community are accusing the company of making a shallow statistical approach with a poor judgment, while others are questioning if the data can be seen as valid — a lot of people could have visited the donation form just to see the Bitcoin option. These visitors may have had no intention to donate whatsoever. This would heavily invalidate the results, especially if it was in fact pre-announced that Bitcoin was being tested.

The company concluded that 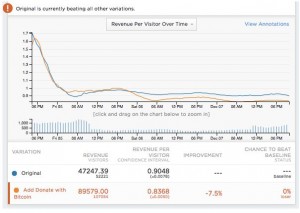 bitcoin donations are not high enough to offset that lost revenue at least at this time. Mozilla stressed it was willing to find a way for bitcoin donors to easily find a link to donate bitcoin, but the tests suggested the primary donation form wasn’t the best location.

Mozilla didn’t come to a decision on whether to maintain the “Donate with Bitcoin” button or not, however, the data it revealed may affect the company’s decision and lead to the halt of bitcoin donations.

Mozilla is still running the test to get a larger sample. The company will be running further tests and sooner or later will come up with an announcement.

What do you think about bitcoin having a negative impact on Mozilla fundraising campaign? Let us know in the comments below!