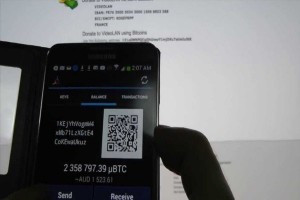 Mycelium, one of the oldest mobile bitcoin wallets, has announced Mycelium Wallet 2.1 but also confirms the shipment of its Mycelium Entropy, a secure paper wallet generator, will be delayed again.

Local Trader is Mycelium’s answer to peer to peer bitcoin selling and buying service, LocalBitcoins. In this update, they fixed an erroneous generating of the address of the meeting point by adding a fallback geocoder.  The other improvement to Local Trader is the ability delete Local Trader accounts and trade sessions.

On the anonymity and security front they made several updates, including preparations for their addition of Tor by adding support for Okhttp. They also added support for SSS (Shamir’s Secret Sharing) which allows spilt private keys generated in cold storage to be imported into the Mycelium Wallet. They are doing this in preparation as they hope to start shipping the first Entropy devices soon and wish the two products to be compatible with each other.

A pin reset function has been added to allow people to regain access to their wallet if they forgot their pin number.The wallet will track how blocks have passed and after a certain amount of time it will reset the pin number used to access the wallet. Head of Community Relations at Mycelium Dmitry “Rassah” Murashchik wrote, [It] works entirely on your wallet. Mycelium doesn’t have access to your PIN at all.

One of the bigger features added in this update is the ability for Near Field Communications (NFC) payments. Instead of having to scan a QR code, users who are paying a merchant can just hold their phone over an NFC terminal, and the correct amount will pop up. With one touch of the screen, the payment is sent. Users will also be able to use it to pay people with NFC enabled phones by bringing their phone in proximity to another phone.

Their most requested features have finally been delivered, customizable transaction fees. Traditionally only 0.1mBTC was an option for transaction fees but now 0.01mBTC and 0.2mBTC has been added as choices. This feature will allow users to adjust their fee to how the network is doing and ensure their transaction is confirmed in an ideal time frame.

In case, your wallet does not sync correcting, or there is a malleability, there is a force sync button in this update that will allow the wallet to sync properly.

No Android 2.2 Support and Fewer Permissions

This update will not support Android 2.2. In part this was to reduce the requirement for some permissions, and in part it is to remove the need to support older libraries, which 2.2 forced us to have. If you are wondering why the wallet has looked the way it had (ugly) for the last few years, forcing support for 2.2 is the reason. He went on to say, Now that 2.2 is out, and we can focus on clean, more advanced modern libraries, we can finally start working on improving the UI.

They will be removing two permissions needed to download the app – SDcard and Account ID. They needed access to these with Android 2.2 to support push notifications and importing backup files from other wallets, but newer versions of Android make this unnecessary. 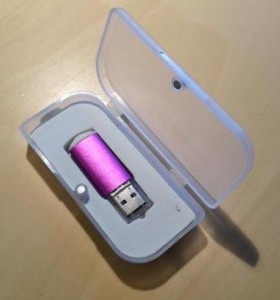 We finally received an update from the factory on Monday. They let us know that production is still going but that they won’t be able to ship before the 25th of December (today). – Rassah

The Indeigogo campaign to fund the development and production of Mycelium Entropy ended in late August, closing with $30,000 raised. The USB device which securely creates private keys for printable bitcoin wallets was supposed to ship to people who donated $40 or above in October, but shipment was delayed due to manufacturing issues. The time then set to December, just before Christmas but again that date has not been met.

At this point, we have 915 units ordered by our customers. We tried to expedite the manufacturing process by asking the factory to do a 1000 unit production run as a rush job, instead of the 5000 as we initially planned, and ordering the remainder for a later delivery. Lucky for us, our preorder numbers were below 1000, so everyone should be covered. Unlucky for us, this rush job still ended up being not fast enough.”

The day backers of their Indiegogo campaign will receive the devices is unknown but expected to be soon. “At this point, we were told to expect them anytime from 26th onward, without any explicit dates. As a result, our CTO had to cancel his holiday vacation, and is spending it in the office, waiting just in case they arrive some time within the next week. Some of our developers are staying home so they can be available to help package and ship as well, and I’ll still be around to give any updates, help with processing and placing shipping orders, and to listen to any concern[.]

Are you looking forward to Mycelium’s new products and services?