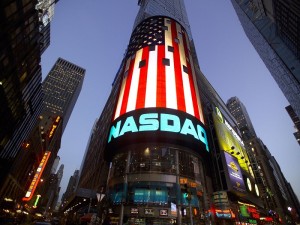 Although Bitcoin has not yet reached Wall Street, its underlying blockchain technology will soon be right in the middle of the action. NASDAQ OMX, the company behind the NASDAQ stock exchange, revealed that it is testing a system that uses blockchain technology to oversee stock trades on a separate market solely for private companies. 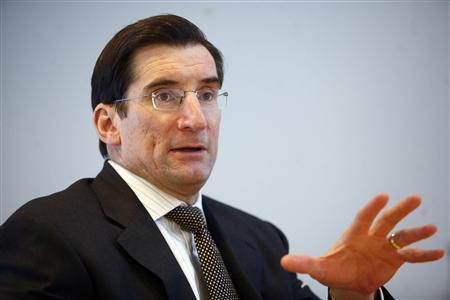 The reasoning behind the idea of using the blockchain without Bitcoin holds that the cryptocurrency is too flawed to replace existing currencies. However, even though Bitcoin is questionable, adherents of this idea admit that blockchain technology can significantly change how the financial world operates. NASDAQ OMX’s decision to use the blockchain for the issuance, transfer, and management of private company securities is aimed at the same goal of changing the finance industry.

Test Will Happen on the NASDAQ Private Market

Brad Peterson, the man who leads technology efforts at NASDAQ OMX, says this blockchain test will happen on the Nasdaq Private Market. The Private Market, which aims to give companies a way of better managing their shares before an IPO, was launched in 2014. Thus, the organization has been putting every effort to help companies leverage the latest technology. Now, NASDAQ will handle the market’s trades using technology based on the blockchain, the online public ledger that tracks ownership of a digital asset via machines spread across the Internet.

The latest decision to use Blockchain technology is expected to help NASDAQ streamline private trading, and give pre-IPO companies a more reliable way of auditing trades in their stock, as the companies would be able to know immediately who owns their stock and who trades them. NASDAQ OMX claims that the blockchain implementation that it will introduce later this year provides integrity, audit ability, governance, and transfer of ownership capabilities. Fredrik Voss, the company’s Blockchain Technology Evangelist, will lead the team that introduces the NASDAQ Private Market to the blockchain.

This is not for the first time that Bitcoin-based technology is being explored, earlier, online retailer Overstock.com, a public company, announced it is building similar technology that it hopes to use as a means of issuing its stock online.

The Blockchain is a Natural Digital Evolution for Managing Physical Securities

According to Bob Greifeld, CEO of NASDAQ, utilizing the blockchain is a natural digital evolution for managing physical securities. He says:

“Once you cut the apron strings of need for the physical, the opportunities we can envision Blockchain providing stand to benefit not only our clients, but the broader global capital markets. Our initial application of NASDAQ’s Blockchain technology-enabled offering will modernize, streamline and secure typically cumbersome administrative functions, and will simplify the overwhelming challenges private companies face with manual ledger record-keeping.”

Nonetheless, when the current public markets are woefully inefficient — taking up to three days to settle trades — the blockchain technology could help NASDAQ increase efficiency, scale, and speed.

Though the decision by NASDAQ to use blockchain technology is being lauded, some questions are already being raise. One major concern is about privacy, which may be compromised when the blockchain is used, since people can track all transactions on the ledger at any time. Thus, there are many challenges that must be faced and resolved as NASDAQ explores this new technology.

What do you think about NASDAQ OMX’s decision to integrate the blockchain into the NASDAQ Private Market? Let us know in the comments below!