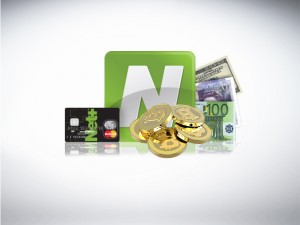 Neteller has just enabled Bitcoin deposits. Neteller is an e-money service owned and operated by the British global payments company – Optimal Payments PLC. NETELLER services allow customers from over 200 countries to transfer money to and from merchants, such as forex trading firms, social networks, or online gambling firms. Neteller also allows customers to withdraw funds directly from their accounts using the Neteller card or transfer their balance directly to their own bank accounts.

It was just a few days ago that Optimal Payments, owner of the Neteller brand, announced they were proposing terms for the acquisition of their rival Skrill for nearly €1.1 billion.

Now, Neteller has integrated bitcoin and enabled it for deposits, in what has been said to be a bold play to help the Company take the lead in the industry.

“The Optimal Payments management team is extremely excited about the future prospects for the Company.”

Neteller is also allowing users to deposit Bitcoin at a 0% fee to fund their Neteller accounts. After having the account funded, Neteller enables currency conversions allowing accounts to hold funds in over 20 currencies. Needless to say, that the Bitcoin community was absolutely surprised with this integration, as the company had been reluctant to add support for the digital currency so far. With this payment addition, user can now move bitcoin into their account and then can cash it out in their local currency using their Neteller account. 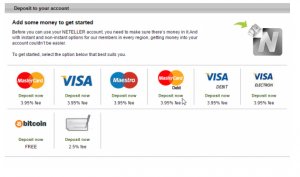 Neteller provides an easy, fast and safe way to move money in and out of online services. Neteller services are also a very popular form of payment amongst many online companies such as online casinos, eCommerce companies, brokers and many online Gaming and Gambling companies. Nearly all of the sportsbook and betting exchanges accept Neteller. Neteller is being used because banks have been known to discriminate people who frequently use this kind of services.

To start accepting the digital currency, Neteller has signed a partnership up with Bitpay. Bitpay sees this agreement as “one of the world’s biggest payments networks really demonstrates how far we’ve come in a short span of time. Neteller shares our vision of how bitcoin can revolutionize the way businesses handle transactions, and we’re really looking forward to working with them.”

Despite Bitcoin deposits being now fully available the company still doesn’t allow users to process bitcoin withdrawals; however it will also open a new way for beginners and new users to easily access bitcoins and to start using them.

Neteller will certainly be used as a workaround to use bitcoin to a whole new bunch of services; One of the advantages that Neteller will bring to bitcoin users, is that they will now be able to purchase and fund pre-paid credit cards as well as to issue deposits to the many online gambling and betting sites and many online games such as League of Legends that still don’t support bitcoin deposits.

This week we have seen some great announcements and this comes as more good news to the Bitcoin community and also as proof that Bitcoin is increasingly being taken seriously.

*Update: Outside sources reveal that the Bitcoin Deposit feature is still not available for US customers.