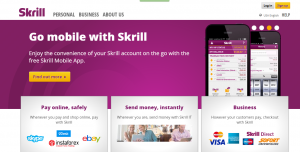 Neteller has been making waves lately by starting to integrate Bitcoin and starting to be available in the US in states Nevada and New Jersy. They recently announced that they would be buying Skrill Group (Sentinel Topco Ltd) for roughly 1.1 billion euros in order to expand its online services.

From the press release at Forexmagnates:

Optimal Payments Plc (LSE: OPAY), the group behind the popular NETELLER payment solution, has just revealed it would buy rival Skrill Group (Sentinel Topco Ltd) for a sum of about 1.1 billion euros in order to expand its online services.

Skrill is one of the largest online pre-paid cards providers in Europe with its Paysafecard brand. Its shareholders include CVC Capital’s Sentinel Group Holdings SA, Investcorp Technology Partners and others. Back in August 2013, CVC acquired a controlling stake in Skrill for €600m from Bahrain-based Investcorp. 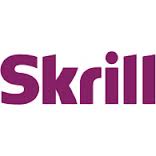 Neteller is moving fast in the digital world. The benefits of them acquiring Skrill are huge. It gives them a fully functional and popular platform to get deposits to people in areas that it is normally difficult to do so.

Dennis Jones, Optimal’s chairman,
is very upbeat on the proposed purchase of Skrill increasing its reach.

“We are taking advantage of an exceptional opportunity to acquire a business we know very well which, combined with Optimal Payments, will be a leading UK based online payments business with the essential scale necessary to be highly successful. These opportunities are few and far between..”
“The board believes this transformational transaction will be earnings accretive for shareholders from the first full fiscal year of ownership, will further diversify our client base and, additionally, will enable us to deliver enhanced services to existing and prospective merchants and customers in all of our global markets.” 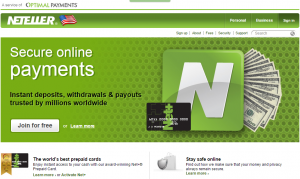 Skrill, the popular issuer of the Paysafecard, would open up new doors to ease of use for Bitcoin in new ways. Could we possibly see Bitcoin loaded Paysafecards? Bitcoin enthusiasts would be quick to jump on the opportunity to be able to use their Bitcoin in more places. Currently, this is all speculation as the deal has not gone through yet but is being done.

Neteller’s deal with BitPay is a big step forward for Bitcoin. BitPay had this to say about the deal.
“Bitpay sees this agreement as “one of the world’s biggest payments networks really demonstrates how far we’ve come in a short span of time. Neteller shares our vision of how bitcoin can revolutionize the way businesses handle transactions, and we’re really looking forward to working with them.”

From the obscurity of just a few enthusiasts to quickly becoming a prominent form of remittance Bitcoin is making gains in the business world. With Side-Chains, Colored Coins and more being brought to life on the blockchain it will be interesting to see what Neteller does with Bitcoin and Skrill in the same basket.

What do you think of Neteller’s latest moves in adding Bitcoin and buying Skrill?