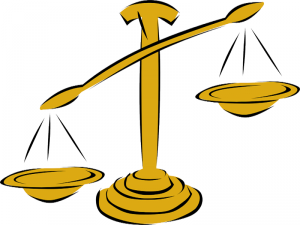 Bitcoin is a popular payment method for thousands of businesses that accept online payments. Bitcoin offers faster transactions, several orders of magnitudes cheaper transaction fees, and most importantly, no risk of chargebacks.

Also read: Bitcoin Solutions in Online Gambling — Benefits for Everyone

These advantages have led businesses to flock to bitcoin in droves. By opting to use a payment processor to convert their bitcoin revenue to fiat, merchants can even avoid bitcoin’s notorious price volatility.

Bitcoin has especially become popular in the gambling industry, with both traditional sites integrating cryptocurrency and new sites using cryptocurrency exclusively. While bitcoin is more convenient for both the business and consumer, this sometimes lead to legal liabilities.

The Nevada Attorney General’s Office and state gaming regulators are pursuing the operator of an unlicensed online poker site in what’s believed to be the first prosecution of its kind by the state. The charge has a hefty penalty of up to 10 years in prison as well as a $50,000 fine.

Seals with Clubs, a Bitcoin-accepting poker site, was shut down February 11 due to charges of operating an unlicensed interactive gaming system. Court papers filed in March and February state the charges were filed because Bryan Micon — owner of the gambling site — was operating Seals with Clubs “without first procuring and thereafter maintaining in effect the required licenses.”

According to the YouTube video from Seals with Clubs owner Bryan Micon,

“A bunch of guys with guns broke down my door, put me in handcuffs, serving a warrant from the Nevada gaming commission. The 10 agents stole most of my electronics, he added.“

To be clear, Micon was not charged with a crime in February, but it is unclear if he was still in Antigua when the $20,000 arrest warrant was issued Monday.

“After I was led out in handcuffs in my underwear, it was pretty clear that it was proper to leave sooner rather than later, he said in the video. And I didn’t really want my 2-year-old daughter, whom I love very much, to grow up in a police state where creativity is often met with guns, handcuffs.”

Since then Micon has started a new website, SwCPoker.eu. Micon states in the YouTube video that “all Bitcoins were safe” as “math does not bow to guns.”

Bitcoinist will provide updates on this story as they become available.

Did you use Seals with Clubs? Are you using Bryan’s new website? Let us know in the comments below!