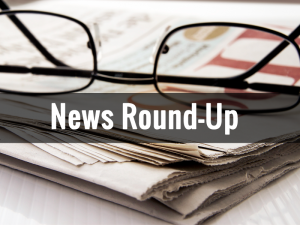 Most famously know for being the alleged mastermind behind the Silk Road, will be going to trial next month. To briefly summarize things, Ross defenses challenges to FBI’s acquisition of the server in the first place on top of other things have all been rejected so Ross is slated to stand trial on November 3rd, 2014 on 7 charges. For more information , read the article written by Alberto Mata here.

The Rise and Rise of Bitcoin: My Reaction!

A documentary explaining what Bitcoin is, as well as highlighting some applications of it and discussing several other major events such as the rise and crash of Mt. Gox. The Rise and Rise of Bitcoin was an excellent documentary that should appeal to newcomers as well as veteran Bitcoiners alike.  For my full reaction on the documentary, read the article here.

One of the biggest complaints most people have with Bitcoin is the waste of computation power. What if that computation power used to secure the blockchain helped improve science or math instead of just finding numbers? With Foldingcoin, miners get rewarded when they point their power towards scientific research in medicine. Nuno Menezes gets in depth with the interview, which can be read here.

A quick update article by Alberto Mata, the article goes over the fact that version 2.0 Beta of Open Bazaar was just released on September 30, and we should expect a new version of the beta by the end of October followed by the release of the full version by the end of the year. If you’d like to know more, the article is linked here.