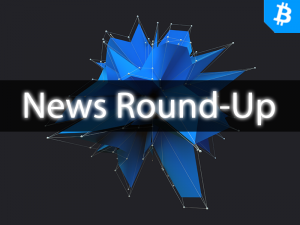 I had the opportunity to sit down and talk with Xapo, the a Bitcoin debit card. With achievements like $20 million of funding, you know its bound to be something big.  It essentially works as a Visa debit card, but it can be funded via Bitcoin. If you missed the interview, it can be read here. I in fact was accepted into the early access program, and can’t wait for the final release of the card.

A new segment that I will being to be writing on a weekly basis, a cryptocurrency related topic with a theme of market analysis. This week, I go over how Litecoins have been impacted by ASICS, and how I believe ASICS may have also affected Vertcoin and Darkcoin. Read the full analysis here.

An advanced exchange Draglet has some serious technology behind it, making Draglet a very smooth and clean exchange interface and operation wise. Nuno Menezes did an interview with Benjamin, one of the Draglets team members, which can be read in full here.

It seems Britain has gotten interested in Bitcoin, George Osborne has even stated that UK wants to regulate Bitcoin legal as digitial cash. This would be huge for adoption and legality for Bitcoin, at least in the UK.