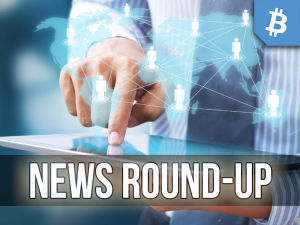 A new Chinese commerce platform is rising that may become a Bitcoin Ebay. Known as Coin Cola, Coin Cola is a cryptocurrency trading platform based on multisig technology and is designed to keep buyers and sellers safe with this. Read the full article here.

It was eventually going to happen, someone or something making a government based on the blockchain. This “something” is known as Bitnation. Compared to traditional governments, the barrier of entry is extremely low (if any) as all you need to get started is a wallet and some Bitnation. Anything traditional governments are capable of doing, Bitnation can do as well. In fact, the very first blockchain based marriage is happening soon, which just shows what Bitnation is capable of. Read the full interview here.

A Bitcoin Vending machine has been released from the collaboration of Bit-Wallet and CoinCapital, whom are both Italian companies. Usually Italy isn’t a very Bitcoin friendly place, but these two companies believe they are confident in their knowledge of the local people as well as regulations. Written by Nuno Menezes, the full article is available here.

A more thought provoking article, David goes over two prevailing trains of thought that many believe are the way to Bitcoin adoption. He calls one side the entrepreneurs, and says that they believe Bitcoin adoption will go viral due to the apps and tools built on top of Bitcoin, and not Bitcoin itself. The other major belief he calls investors, and they have the opposite train of thought stating that investors believe Bitcoin is what people want and apps and tools is an easy way to get to it. A very descriptive read, the complete write up is here.