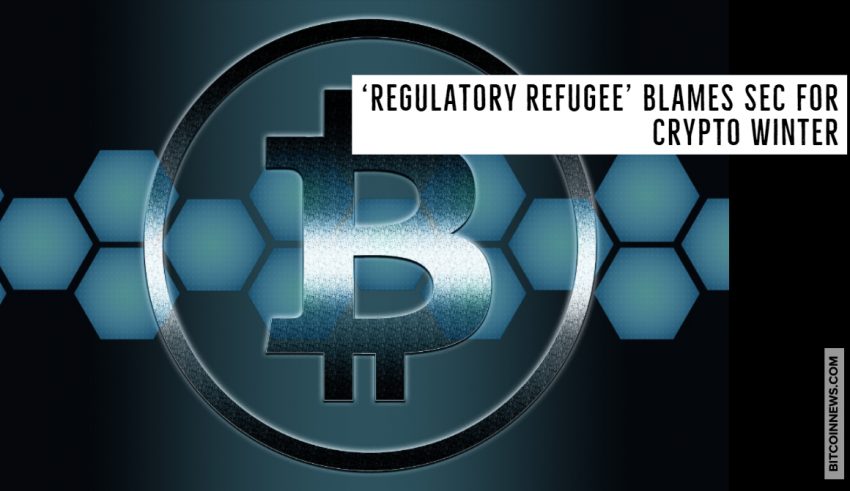 Pillar founder David Siegel has targeted much of the blame on the United States Securities and Exchange Commission (SEC) for the flagging performance of the cryptocurrency sector over the past year.

Siegel dubs himself the world’s first web designer, is the author of five books on the web and business, and has started 23 companies, including Studio Verso based in London, one of the world’s first digital agencies. He calls himself a “regulatory refugee from the United States”, a fairly clear indication on his views on US government regulation.

His frustration comes from the way in which he perceives that innovation in the industry has been largely stifled by both the SEC and what he calls the government’s “self-fulfilling prophecy… that crypto would be bad for investors”, in turn making it “very bad for investors”.

Innovation is the key to industry’s success, Siegel urges, but sees the SEC stifling it through a lack of support for new entrepreneurs and developers coming through. He sees the US becoming left behind as other nations become willing to take on talent which struggles to find a place there To illustrate this, he argues that he can get far more achieved in the UK and Europe than he can in the US.

Siegel found his own way of dealing regulatory hurdles by not listing on exchanges and sees the industry as a whole gaining in strength, despite ICO fundraising fast becoming a thing of the past, with the proviso that the SEC change their approach to open source projects and cryptocurrency regulating. Regarding his company’s future, he has a positive note:

“We’re finally hitting our stride. We’ve launched several new features in the past few weeks, we are getting strong attention from the Ethereum and open-source blockchain communities, and we are collaborating with more industry players. We’re starting to realize the dream of our ICO, so it’s very exciting. I think we’ll be one of the few ICO projects that becomes part of the blockchain ecosystem.”

The SEC is set to launch its second public forum on cryptocurrency and blockchain on 31 May.