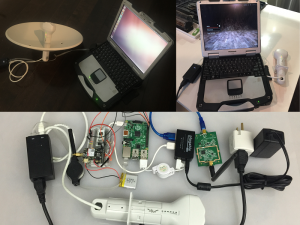 In our Bitcoin Breaking News Brief article yesterday, it was mentioned how the ProxyHam Box will not be revealed after all. As sad as the news was to some privacy enthusiasts, there are quite a lot of alternatives available. In fact, most of these devices can be constructed by the end users themselves, with a little hands-on mentality.

Also read: ProxyHam Box, A Privacy Protection Tool That Will Never See The Light of Day 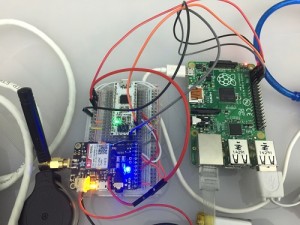 Accessing an internet connection from anywhere in the world without revealing your physical location or IP address is a major step forward in terms of achieving online privacy. Considering it costs approximately US$235 to build your own ProxyGambit device, it may be well worth the investment if you are looking for a way to increase online privacy.

Assuming a ProxyGambit owner can keep a direct line of sight on their device, internet speeds of 150Mbps and more are possible, from a distance of over 10 km.  Being even further away, a 2G GSM connection produces a reverse TCP tunnel, creating a shell into the device that is accessible through internet or GSM from anywhere in the world. It is important to note that either connection method will proxy your connection through local Wi-Fi networks close to the device.

ProxyGambit uses no special components, as all of the parts can be obtained by any individual or company. A Raspberry Pi 2 Model B, as well as an ATmega328 Arduino device, are two of the basic components. Other parts include, but are not limited to, a SIM card, a FONA antenna, and the Adafruit FONA GSM Board. A full list of components can be found here.

Building Your Own ProxyHam Alternative 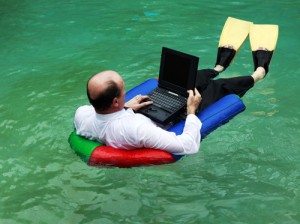 Despite the ProxyHam Box blueprints never being released, it didn’t take long for Errata Security CEO Rob Graham to figure out the components required. After all, the main idea behind the ProxyHam Box was that hackers and tinkerers could use existing hardware and software to do their bidding, rather than innovative new and disruptive technology.

ProxyHam Box’s usage of the 900 MHz frequency was of great interest to people willing to take internet privacy to a whole new level. The reason behind that is very simple: it allows for a much wider range of signal compared to the traditional 2.4 GHz frequency. However, the 900 MHz band is much smaller, which leads to reduced internet speeds.

Even though both of these solutions offer a certain level of anonymity and privacy on the internet, it is paramount to keep in mind these claims have been largely untested. Additionally, these types of solutions have never been tested by a large group of people at the same time. It is impossible to tell whether or not this would be an effective measure once a group of people starts using it.

Potential Use Cases for Bitcoin Users?

Creating an internet connection that can be accessed from anywhere in the world sounds like a great idea, even though the number of use cases for Bitcoin users is fairly limited at this point. Granted, people often complain Bitcoin could use a bit more privacy protection, and devices like these may be a means to that end.

However, these devices do not directly solve the major problem facing most parts of the world where Bitcoin could make a splash. Areas such as Africa and large parts of South America have little to no internet connectivity to begin with, and these devices cannot help in that regard. However, they do set a precedent for future revisions of these devices, which could be used on a larger scale.

What are your thoughts on these devices, and what type of Bitcoin use case can you see for them? Let us know in the comments below!