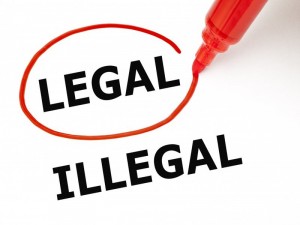 ZapChain, a website where one can engage in online discussions regarding a variety of topics, will entertain an online summit to discuss the benefits that are brought to us by the use of Bitcoin. Bitcoin’s history is stained due to its use in criminal activities and the darknet, yet, it does not the change the potential for both present and future. A person unfamiliar to bitcoin may have heard of it through a news channel in regards to drug trafficking, fraud, weapon sales. These are the things that must be avoided when speaking on Bitcoin. An unregulated currency has many benefits that should be discussed instead of the uses it has had by criminals. The benefits of Bitcoin — rather than the illegal activities it has been associated with — is what will be discussed in the ZapChain summit. A change of mentality is in order to think of Bitcoin as a currency, not a gateway to illicit activities.

Starting at 11A.M Pacific Standard Time on August 5th, 2015, the online discussion will include a variety of media experts in order 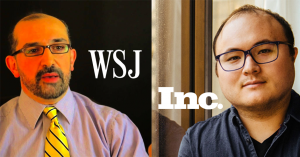 to discuss the topic at hand including Paul Vigna, reporter at the Wall Street Journal, and Ben Par, contributor at Inc. Magazine. The topic to discuss? “Branding Bitcoin in the Media.” Bitcoin needs media attention to succeed as a currency, but not the attention it has received for being a staple in illicit activities.

Bitcoin is trying to leave behind a couple years filled with lawsuits due to drug trafficking, fraud, among other things. Yet, it continues to strive forward to be seen as an actual currency rather than a commodity by legal entities. Bitcoin has had to leave behind its largest exchange and drug marketplace to find a route to being considered a legal alternative to currency. However, we cannot eliminate the use of bitcoin in any of these situations — it is crucial to the bitcoin economy that they exist, just as with all other currencies.

This isn’t to say that bitcoin’s use for drugs and fraud is a good thing. However, one can’t deny that they helping bitcoin’s market cap to continue growing. A currency without a way to distribute it is no longer a currency, and darknet marketplaces have paved the way for a redistribution of bitcoin. Finally, we arrive a stage where we can leave all of the illicit uses of bitcoin behind us to concentrate on its legal uses and the financial implications it could have on an international scale. From financial institutions to state laws, Bitcoin is having a massive effect on the way we live our lives, and ZapChain is trying to demonstrate this through its live discussion. Registration is free, and anyone can participate in the discussion that makes it appealing to bitcoin enthusiasts and those wanting to dwell into the currency as well. If you want an in-depth look on Bitcoin and the uses it could have in your daily life or company, it would not hurt to join the discussion on August 5th.

Will you attend the ZapChain summit? Let us know in the comments below!