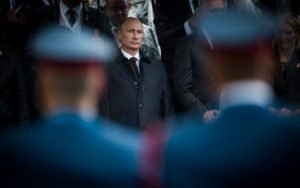 The central bank of Russia has repeated its stance on cryptocurrency in its latest statistical bulletin, claiming its impact on global stability is “small.”

No Threat To Financial Stability

As the country prepares to issue hard-and-fast regulations on cryptocurrency, ICOs and more, the Bank of Russia said that the “risks” associated with them would only increase should the industry greatly expand.

The tone echoes that taken by various central lending institutions over recent months and years, continuing a narrative Russia began in 2015 when authorities railed against Bitcoin as a “money surrogate” and claimed it would not be permitted.

The regulation currently awaiting final consultation from lawmakers likewise does not include provision for cryptocurrency to become legal tender in Russia, this remaining the sole privilege of the ruble.

Russian law forbids the existence of more than one central emission center for currency.

Moiseev had been vehemently against such moves as late as last year, underscoring the changeable and unpredictable stance to have emerged from Moscow on the topic since cryptocurrency became more of a mainstream phenomenon.

For its part, however, Bank of Russia noted the situation may become less stable should institutional investors enter the market en masse – a move which analysts expect may occur in the US later this year.

Russia’s cryptocurrency laws are due to become final on July 1, in line with decrees from president Vladimir Putin.

What do you think about Russia’s current stance on cryptocurrency risk and trading? Let us know in the comments section below!