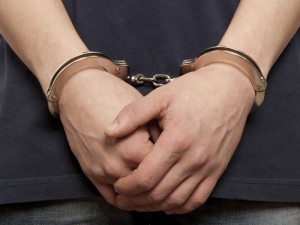 Russia and Bitcoin will never go hand-in-hand, by the look of things. In fact, it looks like a proposal is on the table to make the trading of Bitcoin punishable by law in the country, which could lead to a four-year prison sentence. Russia’s Ministry of Finance is cracking down on cryptocurrencies in general, and this new proposal could just be the beginning of things to come.

Going To Jail For Bitcoin Involvement 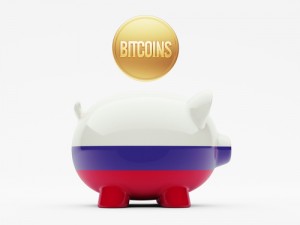 While most countries and states around the world are trying to define a regulatory framework for Bitcoin, the Russian Ministry of Finance is not sitting by idly. If government officials have their way, any Bitcoin involvement in the country will be punishable by law and lead to a jail sentence of up to four years.

Up until this point, Bitcoin users in Russia could get convicted of this “criminal activity”, and pay up to 500,000 RUR or be forced to commit to correctional labor for up to two years. However, this type of punishment was not enough to thwart the rise of Bitcoin in Russia, and government officials are starting to tighten the thumbscrews even more.

This new proposal, albeit coming from the Ministry of Finance, has gained the support of the Ministry of Economic Development. It is important to note this proposal has not been deemed “legal” just yet, as it will need to pass the approval process of the Duma over the next few months.

Should this proposal become law in Russia, it would affect all aspects of Bitcoin in the country. Regardless of whether someone owns, mines, or trades Bitcoin, every single one of the scenarios would be punishable by law in the form of a jail sentence. Russia has effectively banned Bitcoin in the country, as it is seen as a “monetary substitute not issued or controlled by the Central Bank”.

Several industry experts feel this new proposal is a ploy to create Russia-based Bitcoin alternatives in the near future. Bitrubley, for example, is being developed by Qiwi, a Russian payment service provider. However, it remains to be seen whether or not the development of this “alternative money” will be deemed legal or not.

As you would come to expect, the reason for this proposal is the same rehashed story we have been hearing for years now. Bitcoin is used to fund terrorist groups, drug trade, and other nefarious activities because it is an anonymous digital currency. Russian government officials fail to realize Bitcoin is anything but anonymous, as all of the transactions can be traced on a public ledger, called the blockchain. 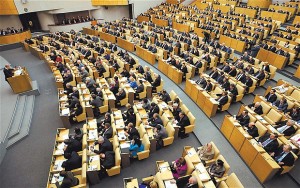 Regulatory measures are keeping government officials awake at night, as the cryptocurrency is gaining more popularity on a daily basis. Defining the legal boundaries of something that is not controlled by a central institution or government is not an easy task. However, regulatory frameworks like BitLicense in New York are a prime example of why severe actions will only lead to more competition from other parts of the world.

It remains to be seen how the rest of the world will attempt to regulate Bitcoin. In Europe, it is up to the European Union to come up with a solution. Asia seems to be open-minded for the most part, whereas Africa is tightlipped on how they see Bitcoin and other digital currencies. One thing’s for sure, though: should this proposal become law, Russian officials are only hurting themselves.

What are your thoughts on this new proposal? Do you think it will pass the Duma in Russia? Let us know in the comments below!