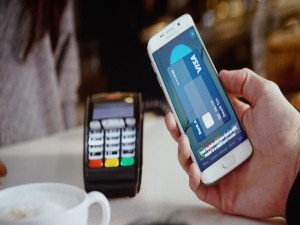 Mobile payments are slowly creeping into our daily lives, as more and more competitive services start to emerge. Apple Pay, one of the most popular mobile payment options, has slowly started rolling out its services in various countries. And it looks like Samsung and Mastercard will present Samsung Pay together in Europe in the near future. 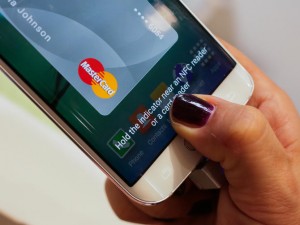 It has to be said that the competition between Apple Pay and Samsung Pay will be an interesting one to keep an eye on. Despite Apple Pay getting out of the gates sooner than Samsung Pay, there have been various issues with this mobile payment system already, causing customers to be overcharged on “automated” transactions.

Samsung Pay has already entered a trial stage in South Korea in early July and is expected to launch in the United States “sometime soon”. However, Samsung Pay in Europe is not on the horizon just yet, as the company is still working on bringing “additional partners and banks” the table. Mastercard is the only confirmed partner at this time, albeit it is a major one.

The way Samsung Pay will work for Samsung smartphone owners is as follows: the mobile app will use Mastercard’s Digital Enablement Service. That name may sound very familiar to tech enthusiasts, as it is exactly the same system used by iPhone users to conduct contactless NFC payments with the Apple Watch and iPhone 6.

But there is a major difference between Samsung Pay and Apple Pay. There is an additional feature supported by Samsung Pay, called magnetic strip technologies [MST]. These magnetic strip technologies are present in most payment terminals already, meaning that participating merchants will not have to invest in additional infrastructure to accept Samsung pay transactions.

Using Old Technology for Mobile Payments Is Not Innovation

Regardless of how you want to look at Apple Pay and Samsung Pay, both “innovations” are using traditional financial infrastructure in the form of credit cards and bank accounts. The only difference is that both platforms allow customers to pay without handing over their card details, nor will have to be interacting with the cashier either. Whether or not that is a positive side effect will have to be seen.

Additionally, both Samsung Pay and Apple Pay have taken a page out of Bitcoin’s book. Bitcoin payments have been contactless, and most of the efforts have been focused on the mobile space for quite some time now. Bitcoin payments are the only true form of financial innovation the world has seen in the past 50 years, yet these giant corporations keep rehashing the same old and broken financial technology.

What are your thoughts on Samsung Pay, and will you be using this “innovative” service? Let us know in the comments below!

Images courtesy of CNET and TheDroidGuy