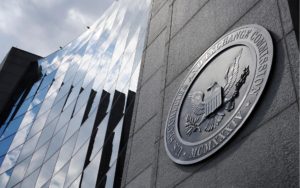 Commissioner Hester Peirce wants to open the Security Exchange Commission (SEC) to innovation and entrepreneurship. And she calls for a novel and better regulatory framework that is more adaptable to the crypto space.

Commissioner Peirce: SEC to Open the Doors to Innovation

Speaking at an event entitled Protecting the Public While Fostering Innovation and Entrepreneurship: First Principles for Optimal Regulation, at the University of Missouri School of Law, on February 8, 2019, SEC commissioner, Hester Peirce, remarked that the SEC needs to welcome innovation to improve the financial market function and facilitate access to financial markets to all segments of the population.

Peirce stressed the importance of the SEC’s attitude toward innovation, saying:

[W]e regulate an industry that is a key gatekeeper for progress and productivity in the rest of the economy.

Now, the advent of blockchain technology brings a golden opportunity for the SEC to reconsider its approach at handling innovation and entrepreneurship. She explained,

The agency’s opportunity to rethink its approach to innovation also arises out of a decade of technological development related to blockchain and cryptocurrencies. This area has challenged many regulators around the world, and the SEC is certainly no exception. We, along with other regulators, are asking how existing rules apply in this space and whether a new regulatory framework would work better.

Peirce: Decentralization Is at the Root of Our Economic System

Peirce acknowledges that for the SEC, decentralization is particularly challenging because “Blockchain-based networks offer a new way of coordinating human action that does not fit as neatly within our securities framework.” However, she also notes,

Decentralization is nothing new; it is at the root of our economic system; free markets draw on the talents and knowledge of people all across society to produce what society needs.

In this regard, Peirce worries about the “overly broad” application of the Howey Test, which the Supreme Court designed to determine whether a particular transaction should classify as an investment contract.

According to the Howey Test, to determine whether a blockchain token is indeed a security, the token must meet three specific conditions:

1. An investment of money.
2. In a common enterprise.
3. With an expectation of profits predominantly from the efforts of others.

However, as Peirce points out, not all the blockchain-based projects would be able to pass the Howey Test. And she suggests that Congress might resolve this issue “by simply requiring that at least some digital assets be treated as a separate asset class.”

I look forward to working with you @SECJackson to open the doors to innovation, but we're not a merit regulator issuing seals of approval, so let's encourage investors to do their own work to decide whether an investment is right for them: https://t.co/iMA7NUkLRp

Given Commissioner Peirce’s calls to open the doors to innovation, is the SEC now more likely to approve Bitcoin ETFs? Let us know your thoughts in the comments below!

The post SEC Commissioner: Decentralization Is At The Root of Our Economic System appeared first on Bitcoinist.com.