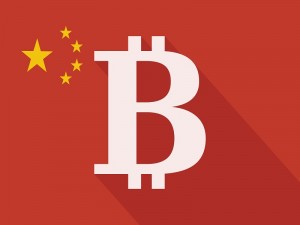 Bitcoin Meetups present an excellent opportunity for digital currency enthusiasts to meet up with other like-minded people. Bitcoin users are often criticized for being socially awkward, and how they spent too much time on a computer to earn fake internet money. Nothing could be further from the truth, however, and the Shenzhen Bitcoin community is getting ready for their first ever Meetup event next week. 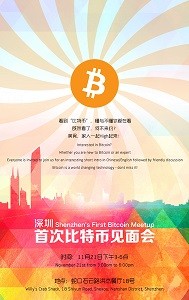 When it comes to Bitcoin adoption in China, the scene seems to be relatively quiet. Granted, most of the Bitcoin trading volume is coming from Chinese exchanges, but that can be largely attributed to the list of investors and day traders reaping the benefits of these platforms. Additionally, Bitcoin events in China are pretty rare these days, as most of them are either in Hong Kong, Singapore, or Japan.

But that doesn’t mean there is no Bitcoin community in China, though. In fact, the Shenzhen Bitcoin community is – allegedly – vibrant, and full of excitement for their first Bitcoin Meetup next week. Contrary to earlier reports, the event is in fact hosted by the Bitcoin Shenzhen Meetup Group, and not the Hong Kong Bitcoin Association.

Up until this point, most of the Shenzhen Bitcoin community members merged with the Hong Kong crowd to meet up and spend a day talking about the future of digital currency. This time, things will be different, however, as Willy’s Crab Shack in Shekou will be the place to be for the Shenzhen Bitcoin Meetup on November 21.

But that is not all, as Willy’s Crab Shack will accept Bitcoin payments during this event, something they wouldn’t necessarily do otherwise. Depending on the success of this Shenzhen Bitcoin Meetup, the restaurant might continue to accept Bitcoin in the future. After all, the only way to convert businesses to start accepting Bitcoin is by having them see how valuable it is to their customers.

The Shenzhen Bitcoin Meetup will run from 3 PM until 6 PM local time. All Bitcoin enthusiasts are invited for an interesting short introduction to Bitcoin – both in English and Chinese – which will be followed by a friendly discussion on Bitcoin and digital currency in general. RSVPing is required for this event, so make sure to visit the Shenzhen’s Bitcoin Meetup page.

A Boost for Bitcoin in China?

What are your thoughts on the Shenzhen Bitcoin Meetup? Will it be beneficial to the future of Bitcoin in China? Let us know in the comments below!