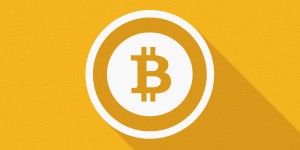 Just a year ago, a bitcoin was worth $13. And today, the same piece of digital currency is valued at more than $800 on popular online money exchanges. But Chris Dixon believes that’s still a serious bargain.

Dixon, a partner with the big-name Silicon Valley venture capital firm Andressen Horowitz, is adamant that bitcoin could become the primary means of making payments on the internet, and if that happens, the price of a bitcoin will skyrocket. “I think it could be easily worth $100,000,” he says.

That may seem crazy, but Dixon is not alone. Many among the bitcoin faithful believe that current bitcoin prices are on the low side compared to what they will become. You see, there are only a limited number of bitcoins — the worldwide software system that drives the digital currency will stop minting money sometime in the next century, when there are about 21 million in circulation — and this means that a spike in popularity will likely drive a huge increase in price.

Still not convinced? Dixon points to what has happened with another scarce but widely used internet resource. “Domain names are an analogy,” he says. “It would have been absurd to say in 1993 that domain names were worth $10 million each.” But now, that’s a reality.

Sure, $10 million domains aren’t the norm. But according to Dixon, the startups funded by Andressen-Horowitz typically pay a “couple of hundred grand” for a domain name that includes a no-more-than-average word. “Probably the best investment in computer history would have been buying domain names in 1993,” he says. “Better than Amazon. Better than Google.”

At the very least, Dixon is worth listening to. He not only knows the bitcoin market as well as anyone, he is putting Andressen’s money where his mouth is, leading a $25 million investment in CoinBase, the first Silicon Valley bitcoin startup to receive such funding. Andressen-Horowitz has also made a seed investment in Ripple, a marketplace where you can trade Bitcoin and many other currencies.

Dixon joined the VC firm a year ago, after leaving a job at eBay, and almost from day one, he was meeting with bitcoin companies. To Dixon, bitcoin had a mix of elements that he’d seen before in other technologies before they made it big, including the Linux open source operating system or, well, the internet itself.

For one thing, he saw a technological breakthrough. Through a new breed of distributed computing and cryptography technologies, the bitcoin community created the first global public ledger that could operate in a secure and trustworthy fashion. But more than that, bitcoin had politics on its side: Libertarian-leaning advocates saw it as more than a low-cost way to send money. For them, it’s a movement, and many of them have worked tirelessly to evangelize bitcoin. “Every interesting large scale technology movement has had a political component,” Dixon says.

Even bitcoin’s well-known drawbacks auger a bright future, Dixon says. It’s hard to buy bitcoins. It’s hard to spend them. If you lose them, they’re gone forever. And the value of a bitcoin is subject to huge swings, so it’s hard to really know what you’re signing up for when you invest in them. All these issues echo the pattern that we’ve seen with the personal computer, Linux, and the internet. “All of these things were dismissed, and there was a sense in which this dismissal was correct because at the time those technologies were not capable of serving the most valuable customers. They weren’t good enough,” says Dixon.

But critics “systematically underestimated” the power of these technologies as platforms, he says. Platforms get developed. It can be hard to see where the improvements are coming from, but they happen nonetheless. “They get better at an exponential rate and all these criticisms go away,” Dixon says. CoinBase, for example, is working to make it easier to buy bitcoins, and it’s making it easier for companies such as Overstock.com to accept them. “I can’t imagine what they were saying about Linux 15 years ago. Microsoft, I’m sure, had a million reasons why no serious person could use it. Now there will be a billion Android phones shipped with Linux. Every web server that matters in the world runs on Linux.”

Dixon admits that he doesn’t have the answers to all of bitcoin’s problems. But he understands why so many geeks find bitcoin so compelling: They see bitcoin as an new frontier for software development. “I’m going to place my money on millions of smart developers figuring these things out rather than the critics,” he says.
Saving the Web From Google and Apple

While Linux has kept the web open, there’s a growing problem, and it’s one that Dixon thinks bitcoin could solve. How do you keep the web viable on mobile devices? It’s easy to buy things through Apple or Google’s app stores, but making a purchase using a mobile browser is trickier.

“One reason the web’s in danger is there’s no payment system for the web,” Dixon says. “I go to a mobile app; I can hit a button and pay 50 cents. I go to the web, and good luck.”

But bitcoin, he believes, can provide an payment system on mobile devices that’s not controlled by any one company. “From my perspective, it’s a much better outcome for that to be an open system than to have that controlled by Apple and Google,” he says. “Among other things, Apple and Google take 30 percent, which makes it impossible for our companies to make money. More importantly, I think, it just stifles innovation.”

If you poke about in the internet standards written years ago by Tim Berners-Lee and others, you can see that they intended to offer a payment standard on the web. It never gets used, but there is a “402 Payment Required” error that was designed to pop up whenever the web’s payment system was due to kick in.

“If you talk to Marc Andreessen, he’ll say there was always a plan everyone had back then,” Dixon says, referring to his boss, the man who created the Netscape web browser. “Nobody thought of a way to do it right.”

That’s what Dixon hopes bitcoin will become — a way to do it right.

But, still, he admits that bitcoin is a highly speculative investment. He says he owns less than one bitcoin himself. Andreessen Horowitz is in the business of investing in software companies, he explains, not currency speculation.

That said, he did buy a few bitcoins as Christmas presents for some of his family members. “I think this is going to be big,” he told them. “I don’t know, but if it is, I want you to have a little piece of it.”

The post Silicon Valley VC Thinks a Single Bitcoin Will Be Worth $100,000 appeared first on Bitcoinist.com.