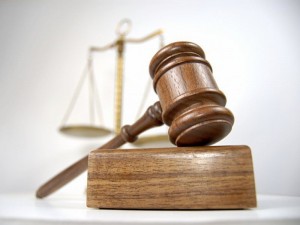 Carl Force IV, the DEA agent who pled guilty earlier this year will be facing sentencing on October 19th for his crimes as a rogue officer. The crimes committed were extortion, money laundering, and obstruction of justice during the Silk Road investigation and the arrest of the Dread Pirate Roberts (DPR). Force and his colleague Shaun Bridges were known special task force agents who went rogue while working undercover on the Silk Road case. The two have been said to have stole millions of dollars in Bitcoin while serving as law enforcement agents and many say tainted the entire case

Also read: How Bitcoin will Make GoPro Awards Even Better

The investigation led to the arrest of a few accused members of the Silk Road marketplace, most notably Ross Ulbricht, who was said to be DPR. Ulbricht was given to two life sentences within the New York penitentiary system for his involvement with the creation of the online drug website. Ross’s Mother, Lyn Ulbricht feels the entire case was corrupted and feels the plea bargains the agents are using is a complete double standard. She explains how the rogue agents tainted the investigation:

“Our attorneys have said that they had the capability to change passwords, reset PIN numbers, commandeer accounts, including DPR’s (Dread Pirate Roberts) account. They had the power to post private messages, public messages in the forum and in the marketplace itself. These agents had access to keys, access to bank accounts — basically they could do whatever they want.” — Lyn Ulbricht 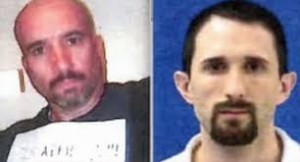 Even though the information is in public view and the corruption can be seen by anyone it seems the double standard “justice system” still continues. The plea bargain for both agents has come with “recommended sentences” for both task force officers. Carl Force will have his sentence hearing at 2 pm PST on October 19 at the US District Court for the Northern District of California, presided by Judge Richard Seeborg. The agent Shaun Bridges will be sentenced sometime in December for his guilty plea. The recommendation or as some in the community would call a “double standard” is the government agencies asking the courts to give Force a light sentence of 87 months with three years supervised release following his prison time.

Additionally the court documents revealed by the defense say that Force suffered from “mental health” issues, and the defendant is relying on insanity to help his sentencing case. The defense filed a motion for a reduction in sentencing on October 9th by the law firm Bates & Garcia who have represented the rogue agent throughout the proceedings. The U.S. attorney involved with the case Brian Stretch gave additional commentary to the affidavit and felt that officers that committed such corrupt activities should be punished more to set an example. The attorney believes that the sentence “should send a message” to other agents in the field. He explains the corruption here:

“In providing the defendant with a gun and a badge, the government entrusted him to act in a manner consistent with standards becoming a sworn law enforcement officer, namely to protect and serve the public. Conduct like Force’s undermines public confidence in law enforcement and threatens the credibility of the entire criminal justice system.” — Brian Stretch, U.S. Attorney 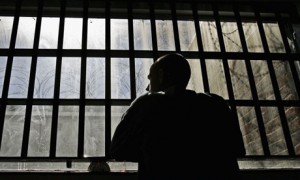 With the sentencing hearing Monday people will see what kind of punishment happens when officers go rogue and undermine an investigation. According to a written submission from the lost Silk Rogue architect, this kind of crime happens regularly, and he believes it’s allowed to continue with the protection law enforcement carries. The blatant corruption has been viewed by the public by submitted evidence and these two agents own pleas of guilt. The Ulbricht family wonders why their son is to remain in prison for two life terms while the world knows the case was manipulated. On top of that Bridges has been allowed to remain on house arrest even while attempting to change his identity and social security number while his trial took place. All across the forums and throughout community outlets many feel that agent Carl Force’s sentence of 7 years is absurd compared to 2 life terms Ulbricht was given. Time will tell how these judgments and sentences will proceed, and the Ulbricht family is using this evidence for Ross Ulbricht’s appeal in the coming months. Officer Shaun Bridges is to be sentenced on December 7 and has also had “recommendations” from government agencies. We will keep our readers updated on the latest developments regarding this case.

Editors Note: Lyn Ulbricht reached out to the Bitcoinist team early this morning and wished to make a statement regarding this current news. She asks the public to understand that there is still evidence that has not been seen by the public, Lyn Ulbricht explains:

“I think a very crucial point is that there is evidence in the corruption case that is still sealed and many emails by the agents that remain encrypted. An important question is, if this case is over, why is evidence still sealed AND why wasn’t decrypting the agent emails part of the plea deal? What is the government hiding?”

What do you think of the recommended sentence? Let us know in the comments below.

Images courtesy of Shutterstock and Redmemes