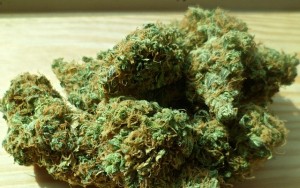 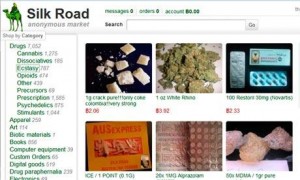 On the heels of Ross Ulbricht’s official Silk Road court case, it seems like the site is back online and more powerful than ever.

The Silk Road returned under the title, “Silk Road Reloaded,” and claims to be even more private than its TOR predecessor. Utilizing an alternative network, called the Invisible Internet Project (I2P), the Silk Road Reloaded can only be accessed by downloading special software.

In order to access the new Silk Road, interested parties need to download I2P software. The website URL is silkroadreloaded.i2p, but standard internet browsers will realize that the site is inaccessible. Without the software, there’s no way in.

On the official I2P website, the creators explain how the technology works.

“To anonymize the messages sent, each client application has their I2P ‘router’ build a few inbound and outbound ‘tunnels’ – a sequence of peers that pass messages in one direction (to and from the client, respectively). In turn, when a client wants to send a message to another client, the client passes that message out one of their outbound tunnels targeting one of the other client’s inbound tunnels, eventually reaching the destination. Every participant in the network chooses the length of these tunnels, and in doing so, makes a tradeoff between anonymity, latency, and throughput according to their own needs. The result is that the number of peers relaying each end to end message is the absolute minimum necessary to meet both the sender’s and the receiver’s threat model.

“The first time a client wants to contact another client, they make a query against the fully distributed ‘network database’ – a custom structured distributed hash table (DHT) based off the Kademlia algorithm. This is done to find the other client’s inbound tunnels efficiently, but subsequent messages between them usually includes that data so no further network database lookups are required.”

I2P claims to be different from TOR, which also offers anonymous internet browsing, by utilizing a distributed network database along with peer selection, as opposed to TOR’s centralized directory-based approach.

While TOR has a much bigger database and significant funding, I2P claims their service is faster and optimized for hidden services.

In 2011, Jens Kubieziel of Torservers gave a speech on I2P technologies that goes in-depth about the technology. He touched on different terminologies used between Tor and I2P, as well as further benefits I2P can bring.

The old version of the Silk Road only accepted Bitcoin for purchases, in order to not be traced by authorities. But on Silk Road Reloaded, users can spend currencies like Anoncoin, Dogecoin, Darkcoin as well as other coins. The built-in wallet will then exchange the currencies for bitcoin and complete the transaction.

In order to make a profit off of their work, the site creators take a one percent conversion fee whenever an altcoin is used. Older versions of the Silk Road would often take a slice of he transaction.

According to the site, the administrators are open to other crypto-currencies being used. More currencies will join soon and, with the creators currently making profits off conversions, more are to be expected as the site grows in popularity.

What do you think of Silk Road Reloaded? Is it good for the cryptocurrency industry? Let us know in the comment section!

Images from THC Finder and Pixabay

The post Silk Road Reloaded Claims to be More Secure than Tor appeared first on Bitcoinist.com.