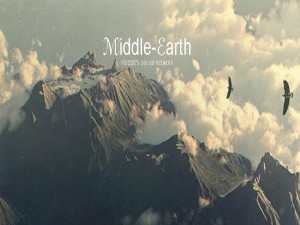 Middle Earth has been down for a few weeks at least, leaving buyers on the website to appear on clearnet websites, like DeepDotWeb, lamenting they can’t find the good acid they were scoring or looking for their marijuana dealer. 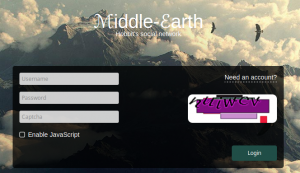 The website, the name of which references the Lord of The Rings books, was put online after the Silk Road was shut down by the FBI in 2013. The site became known for offering guns and ammunition, something Silk Road tried to avoid (at least originally).

The creator of Silk Road, known online as “Dread Pirate Roberts,” was convicted on seven drug and conspiracy charges.

Middle Earth was not the only illegal darknet marketplace that came online after the demise of the Silk Road. It did become the most popular, though, perhaps in part to its Lord of the Rings theme. The website offered handguns, stun guns, fake passports and IDs, cocaine, and marijuana before it went down. The last time the website went down, the admins cited an ongoing DDoS attack.

“I find it upsetting that time and time again, people, both customers and vendors, who put their faith into these markets end up losing tons of money,” a Canadian dark net market user told Bitcoinist. “My only wish is to be able to live in a world where [law enforcement] will let the natural market grow, and we can trade with peace and security. What’s it gotta take to be able to buy shrooms and Molly with confidence?”

The so-called darknet — powered by encryption — has not had an easy few weeks in the wake of the Paris Attacks. Although the individuals who committed those outrageous atrocities used the Playstation 4 network and unencrypted text messages to communicate, mainstream media pointed towards encryption and Bitcoin as the real problem.

Global police agencies are learning how to monitor activity and track criminal behavior on the darknet.  An INTERPOL press release states:

“As part of the training, the first of its kind, INTERPOL’s Cyber Research Lab created its own private Darknet network, private cryptocurrency and simulated marketplace, recreating the virtual ‘underground’ environment used by criminals to avoid detection… During the five-day (27-31 July) training course, participants role-played as vendors, buyers and administrators to improve their understanding of the technical infrastructure of the Tor network hidden services, the structure of illicit marketplaces, and cryptocurrencies. Exercise also included live law enforcement ‘take-down’ of the simulated marketplaces.”

The moves to ban encryption have not been taken positively by many in the technology space. Government agencies likely have oversimplified the equation when they blame encrypted messaging services for the Paris attacks.

Bitcoinist.net will keep an eye on the dark net website and associated forums to learn more about this story.