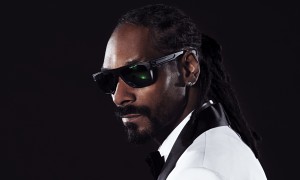 Calvin Broadus AKA Snoop Dogg recently had another encounter with European authorities. This Saturday, Snoop Dogg was taken by surprise by the financial police in southern Italy while carrying $422,000 in cash, an amount which needs to be declared to be legally transported across European Union borders. It is easy to imagine the international banking constraints that forced Snoop to have to receive concert payments in cash and then transport them as such. The incident comes less than a week after the rapper was stopped in Sweden on suspicion of drug use and possession.

Also Read:  (Exclusive Interview) Bitcoin: The End of Money as We Know it

Snoop Dogg later argued that he was being racially profiled by the Swedish police. However, Swedish Authorities claimed he isn’t exactly known for being drug-free so profiling was hardly required. 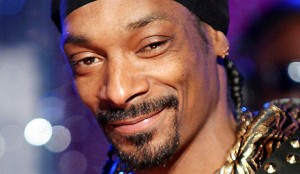 The incident happened right after his performance in Calabria on Friday night when the artist was preparing to travel to Britain where he was scheduled to perform the next day at the Kendal Calling Festival.

The artist’s attorney stated that it was just an administrative infraction and that from a legal point of view everything was clarified, since the rapper was able to prove the money came from concerts he had performed around Europe. The Italian authorities gave back half of the cash while the other half was held (about $211,000) until the amount of the fine was determined. Snoop Dogg, who had been touring Europe after releasing the album Bush earlier this year, will now have to pay a fine and then he will be able to claim the rest of the money.

But what does all this have to do with Bitcoin you might ask? In fact, it doesn’t. But this event itself can be used as a perfect example on how Bitcoin could be used to circumvent this sort of issues – If the rapper had had his $422,000 stash turned into Bitcoin he could travel anywhere in the world without the total ever having to be addressed by authorities. If Snoop Dogg kept $422,000 worth of Bitcoin, he wouldn’t have to declare it to Authorities; and technically, in doing so, he wouldn’t be committing any administrative infraction.

And that’s where the true potential of bitcoin resides: it empowers the user to be his own Bank regardless of national and currency boundaries. It is the “killer app” for the travelling entrepreneur, and this event seems to me like solid evidence of the true potential that Bitcoin has for artists or for anyone who often travels across the world. 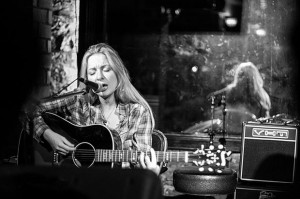 Bitcoin has so much potential and so much wide use application that it is beginning to attract the curiosity of many artists. Some of them have already embraced digital currency. As an example, we can cite Tatiana Moroz:

Tatiana Moroz is a famous singer and songwriter who is paving the way for digital currency to be used in the Music Industry. She developed her own “Artist Coin,” called Tatiana Coin, and it is the first ever artist crypto “token” currency.  The Tatiana Coin is ushering in a new way of funding artists, through a Bitcoin-driven platform, which involves fans in a long-term relationship with the artist they choose to support.

Tatiana Coin, can be used to retrieve all special kind of items and many more such as autographed memorabilia, passes to backer oriented invite-only events, sponsorship opportunities, house concerts, concert tickets, and even specially crafted, personalized songs.

This shows the enormous potential that digital currency has to disrupt even the Music Industry itself. Now artists have the chance to use the technology to fund their work in a straight relation with their fans and backers.

And it’s not all about funding: there are endless possibilities for Artists with this new technology as well. I honestly believe we will start to see more and more artists using digital currency for a whole lot of purposes in the near future.

What do you think Bitcoin can do for artists? Let us know on the comment section below!

The post Snoop Dogg Learns One Reason Why Bitcoin Is Better Than Cash: Civil Forfeiture appeared first on Bitcoinist.com.